A wildlife sanctuary in Taranaki has begun relocating kiwi outside of its predator-proof fence - en masse - in a move described as a game changer in efforts to save the country's national bird. 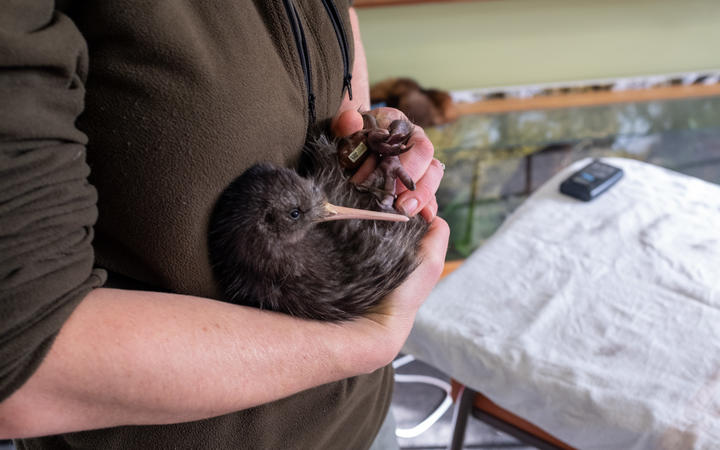 The Rotokare Scenic Reserve staff and volunteers released 10 kiwi into a Tōtara forest in Mangamingi recently as part of the Kiwi Kōhanga Taranaki project, which started without a single bird less than 10 years ago.

Run by a local community trust, the reserve - 12 kilometres inland from Eltham - has been surrounded by a predator-proof fence, costing more than $2 million, since 2008 and in 2012 it launched the Taranaki Kiwi Kōhanga at Rotokare in conjunction with the Taranaki Kiwi Trust.

"So we started out with zero kiwi. By the end of 2014 we had released 33 founding kiwi into the sanctuary and so over this period of time they have been breeding. Estimates at the moment are that we've reached around about 180 kiwi population. It's a reasonable estimate. It will never be exact."

Collins said it was hoped the mass translocation would be the first of many.

"From here on in, every year, anywhere from between 20 to 40 kiwi will be cropped from the sanctuary by our partnership project and we'll be looking for other safe places to re-establish kiwi populations around Taranaki and the western brown kiwi range."

Taranaki Kiwi Trust spokesperson Sue Hardwick-Smith said its role in the partnership was to find blocks of bush suitable for kiwi.

"We have farmers that we work with, private landowners, and they have kiwi on their properties and in some cases there may be no kiwi in that area but the habitat is perfect for them and with the trapping and the control the farmers are doing on their properties that will be a great place for them to go in the future." 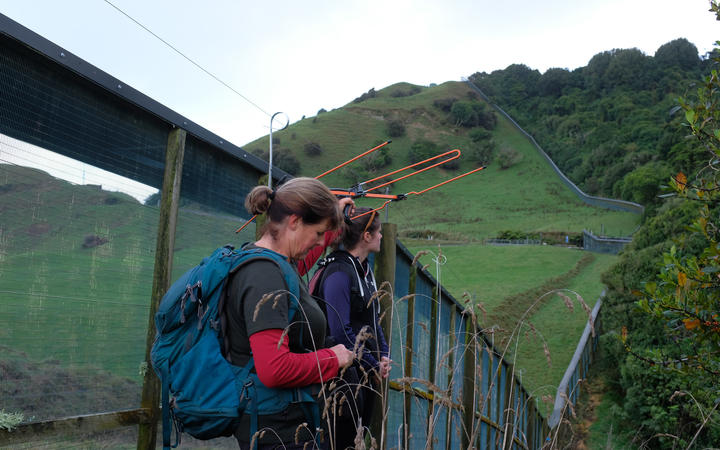 The Tōtara forest at Mangamingi was on her and husband Tim's property.

They've been working on predator eradication, with help from the South Taranaki branch of Forest and Bird, which has been trapping in the area since the 1970s.

Hardwick-Smith said the challenge was now to find more suitable habitat for kiwi, but she was nevertheless rapt with project's progress thus far.

"Ah it's brilliant. Yes, we've been working at it for the last 10 years and this week has be the week to start taking them out and seeing them in new places. It's just really good, very satisfying and we can be proud of our efforts."

Collins said the kōhanga's approach could revolutionise the battle to protect the kiwi.

"No longer are we going to see one kiwi or two kiwi going here or there... I guess the traditional approach has been operation nest egg.

"So we go out, we take the kiwi eggs, they go to a hatchery, they're incubated there, they're hatched and then they are released to a place like Rotokare which is predator free and then maybe they move somewhere else again.

According to the Department of Conservation only about 10 percent of kiwi chicks survive to the age of six months.

Stoats are responsible for more than half of kiwi chick deaths.