The 60kg squid was caught at a depth of 1000m off the island about five weeks ago by a fishing boat.

AUT associate professor and squid lab leader Kat Bolstad said it was an exciting chance to learn more about the taningia genus, which was only recognised as a species about two years ago.

"For hundreds of years, we thought that this group of animals only had one species worldwide. Now it's got three and this is one of the new ones," she said.

"It's got some pretty cool features. It's got the largest light organs in the animal kingdoms. The arms have got cat-like claws, about 200 of them on the whole animal, and of course, it's just very big and that's always very exciting." 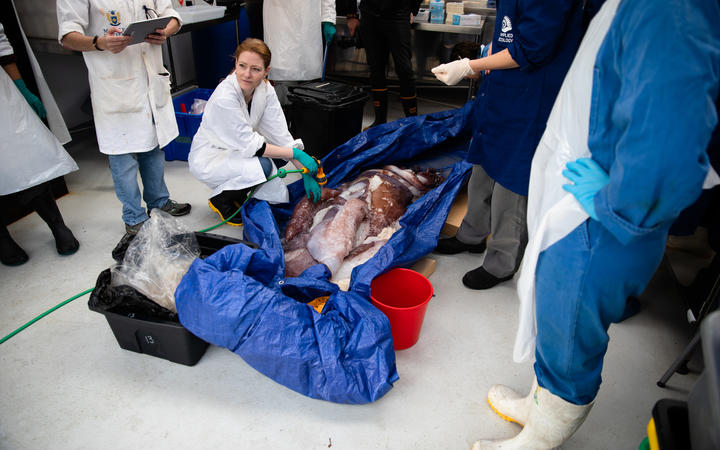 The taningia genus 60kg squid that was caught near Whakaari/ White Island was taken to Massey University for dissection. Photo: RNZ / Dan Cook

A group of marine experts gathered for the dissection at Massey University in Albany, where the female specimen was found to have eggs inside.

"The squid was probably coming to the end of it's lifecycle. Squids breed once at the end of their lifespan and then they die," Bolstad said.

The scientists were also hopeful to find some stomach contents.

"Only two sets of stomach contents have been reported for this genus, so if she's got food on board we would love to know what she's been eating," Bolstad said. 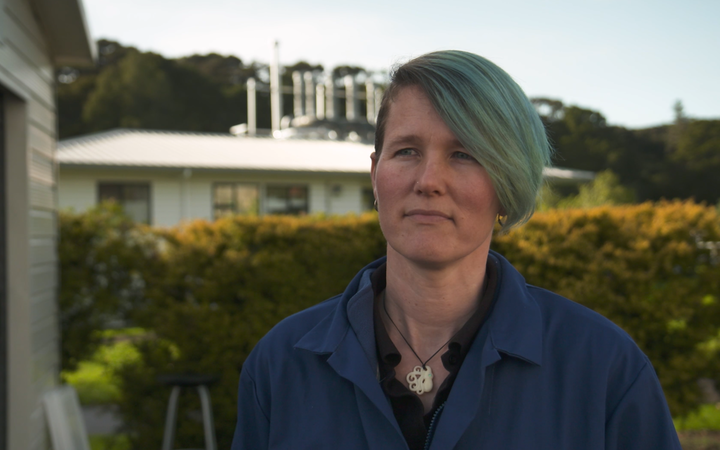 The University of Waikato has donated the squid to the Auckland Museum, where some distinctive parts - such as the 'beak' - will be kept to help scientists identify and differentiate species in the future.

Auckland Museum collection manager Rebecca Bray said it was a bit like unwrapping a present. 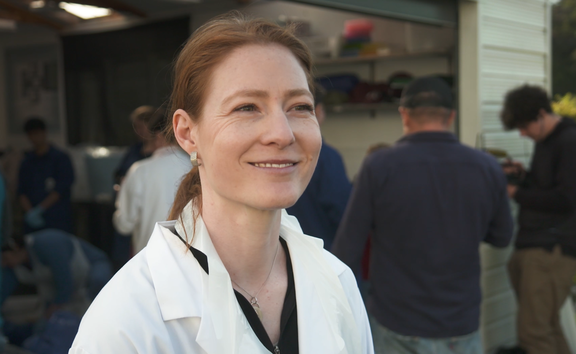 "It's a really rare species. It's wonderful to have found it but also that it's been donated to the museum for research, and that we can share it with researchers around the world."

She said a number of samples would be taken from the creature for a range of studies.

University of Waikato associate professor Nicholas Ling is co-leading a study of the specimen in relation to the Whakaari/White Island eruption, looking into whether seafood can become toxic due to volcanic runoff. 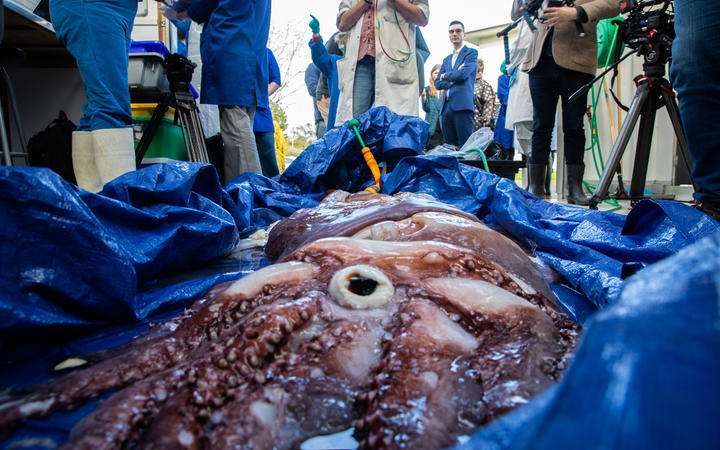 The taningia genus 60kg squid that was caught near Whakaari/ White Island was taken to Massey University for dissection. Photo: RNZ / Dan Cook

He said geothermal run-off that came out of volcanoes and other geothermal areas often had elevated levels of potentially toxic elements, including mercury and arsenic cadem.

"Some of those can biomagnify through the foodcahin. So we're looking at whether or not there is a particular risk for seafood around Whakaari but also in the general Bay of Plenty area, becuase of those materials are coming from the Rotorua area."