Heavy rain is causing flooding on some roads in Northland, with parts of the Far North getting a month's worth of rain in less than a day. 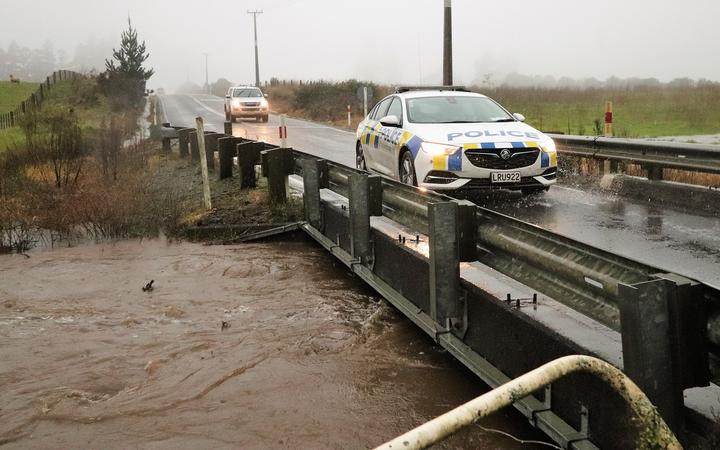 Metservice says Kerikeri has had 141 millimetres of rain today, while Kaikohe has had 139.

A Northpower spokesperson said 650 customers on the Pouto Peninsula had been without power since about 4pm.

Police advised all motorists to avoid travelling at night, unless absolutely necessary, adding that the Far North was inaccessible due to flooding.

The Far North District Council says there is flooding, slips and fallen trees throughout the region.

"Numerous key roads have been affected by flash flooding, including State Highways, and emergency services have been called to several properties hit by flooding.

"Moerewa has been particularly hard hit with reports of homes and businesses being flooded.

"Council service centres, libraries and i-SITES were closed just before 3pm today and Council staff were advised to head home before 5pm in case they were caught by inundated roads after dark.

Many staff were working from home to keep essential services operating round the clock, the council said.

Meanwhile, council contractors had responded to over 50 callouts by late afternoon.

Kawakawa RSA president Hector Davies said it had been consistently raining for the past 24 hours.

Flood waters had not stopped rising, in what was shaping up to be a hard night for the town, he said.

"I'm looking down from the RSA to the township ... the shops down the bottom of the township are already starting to get flooded."

Motorists should also take care on the road between Ohaewai and Kaikohe.

A heavy rain warning is in place for the region north of Whangarei and Dargaville tonight.

A large number of other roads were "affected but passable". A list of them can be found here.

Rain is expected to ease tonight.