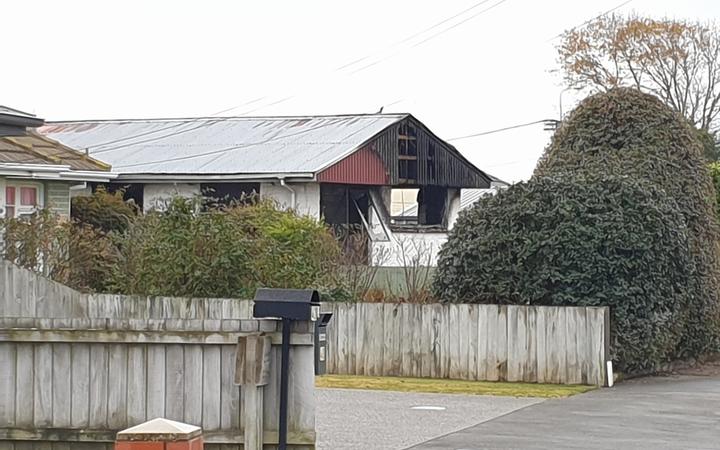 The cause of the fire that has claimed the lives of two children is unknown. Photo: RNZ / Eleisha Foon

Emergency services were called to Vivian Street in Burwood, at 10.43pm last night, but by the time they got there, the house was well ablaze.

Fire and Emergency say the victims were an eight-year-old boy and an eight-month-old baby. They refused to confirm the gender of the baby, but it has been reported she was a girl.

On Vivian Street, local resident Eddie Rodden got out of bed to witness a chaotic scene.

"[There was] smoke coming out of the house, I don't know where it was from but [I saw] large smoke and people coming and going. And [I saw] a woman, I think it was the mother of the two children, I think she was quite distressed," Rodden said.

"But the ambulance people were with her and helping her and they arrived with blankets to keep everyone warm." 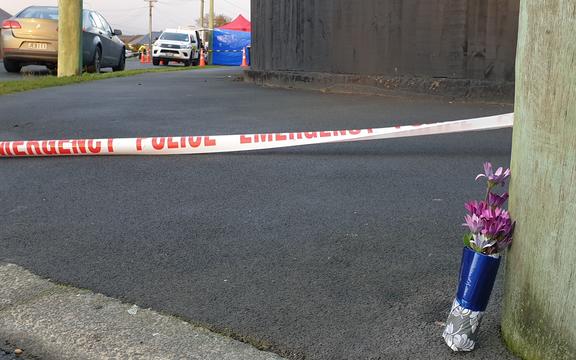 Rodden said he didn't really know the family, as he believed they had moved in recently, but his thoughts went out to them.

"Any loss of life is quite traumatic really and sad particularly with children, I mean who wants to see a child being hurt or abused in any way."

Fire and Emergency assistant area commander Mike Bowden said five people were in the house at the time of the fire - the father and two other children managed to escape. Smoke alarms are believed to have helped with their survival.

Bowden said by the time fire crews arrived the fire had taken hold.

"The first crews arrived at the scene a 10.47pm and were faced with a well involved house fire," he said.

"One child was rescued by firefighters during search and rescue operations, tragically, this child subsequently passed away. A further deceased child was located in an unsurvivable bedroom."

Bowden said the baby's bedroom had the greatest fire intensity and initial indications were that's where the fire started, but investigations are yet to confirm that. 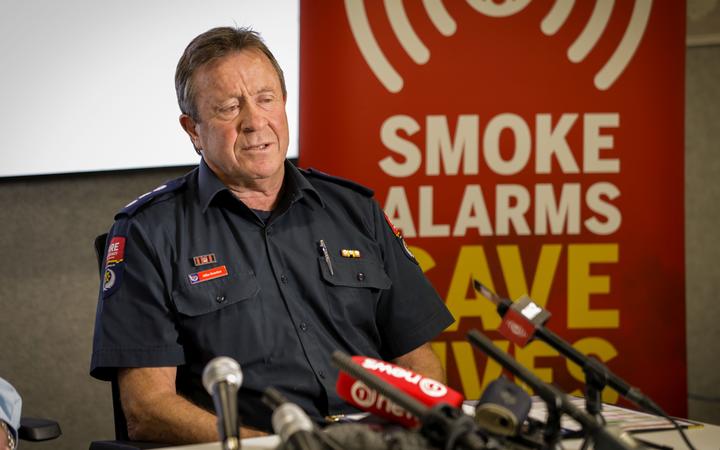 Mike Bowden says the most intense area of the blaze was in the baby's bedroom. Photo: RNZ / Nate McKinnon

He said the eight-year-old boy who died after being rescued, was in a doorway outside the baby's bedroom.

Support is being given to nearby families and first responders.

"Obviously, the very main focus is of course with the family involved themselves but you know these things impact on neighbours who are there," Bowden said.

"It's very traumatic for them and the ambulance, the police and FENZ staff . . . our first responders tend to be young family people with children who are a very similar age."

The police are also involved in the investigation.

"If we haven't been able to interview some of those neighbours yet and people are feeling very stressed and overwhelmed by it, which could be understandable, I just really encourage people to actually reach out," he said.

"Whether that's through your wider family or through a GP, or through the local DHB, we'd really encourage you to do that rather than wait."

Fire and Emergency expect investigators to be on site until at least late tomorrow.

The cause of the fire is yet to be determined. 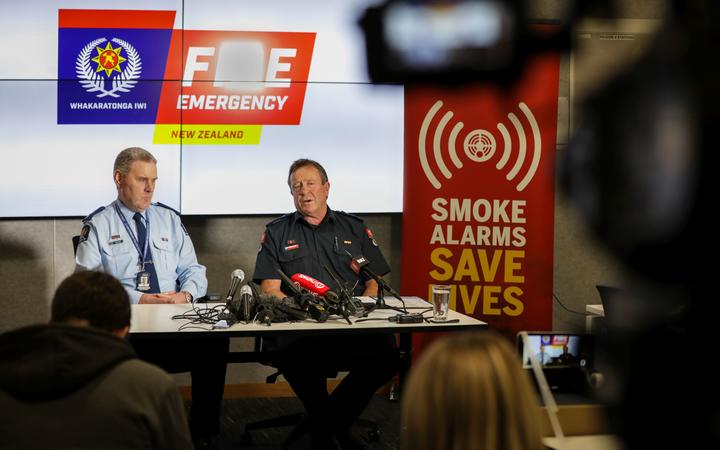 Lane Todd and Mike Bowden address a media briefing about the fire in the Christchurch suburb of Burwood. Photo: RNZ / Nate McKinnon