The government is set to issue new Covid-19 testing guidelines for GPs and others this afternoon, Health Minister Chris Hipkins says.

Speaking from the Jet Park hotel quarantine facility, Hipkins said there were 244 returnees at the facility.

"I do want to acknowledge all the staff that are working here," he said.

He confirmed one additional case of Covid-19 had been detected in managed isolation in the past 24 hours.

A total 1620 tests were conducted yesterday, he said, and the government would be issuing new guidance on testing to GPs and others this afternoon.

He noted the number of tests tended to drop in the school holidays as well as at weekends, but said there was no room for complacency which was why the government wanted to see testing numbers come back up.

"It's highly likely that there are enough people out there with flu-like symptoms or in at-risk demographics who are looking for a testing, that we won't have to do anything around mandatory testing."

There was a big surge in testing about two weeks ago, which gave confidence that if there had been any Covid-19 out there, some evidence of that would have been seen, he said. 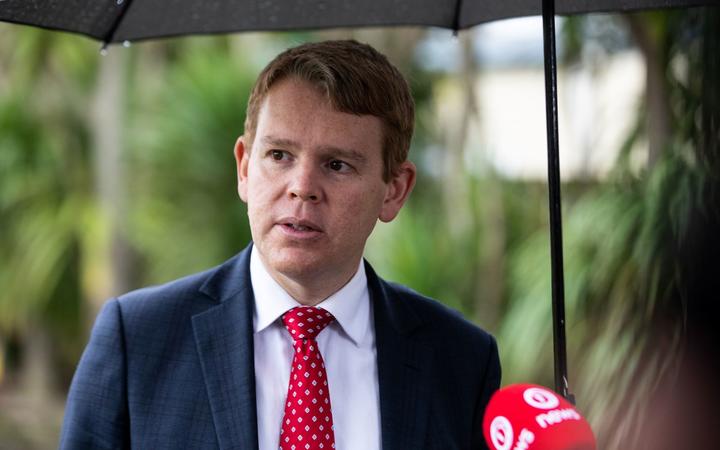 "We want to ensure we're providing good robust testing for anybody who is in that higher risk category but then we also want to make sure that we're maintaining a good sound base level of testing in the community to be sure that if there's any Covid-19 out there, that we're picking it up."

The New Zealand government was also speaking to realm countries about when travel between them could resume, he said, and was still continuing to talk to Australia about when trans-Tasman travel might resume on a safe basis.

"Nobody in New Zealand wants to be responsible for any increase in risk in the Cooks Islands and the Pacific."

Hipkins yesterday said Cabinet would next week be considering the possibility of charging for managed isolation.

"With all of these things we have to do the right thing for New Zealand, and what's right within New Zealand law."

This week it was revealed that deportations of New Zealanders from Australia, suspended because of the Covid-19 outbreak, was resuming with a dedicated facility set up for their 14-day managed isolation.

Hipkins told RNZ's Morning Report yesterday the government was against the deportations but Australia was within the law to do it.

The first group of 30 were due leave Australia today.

Hipkins this afternoon confirmed the deportees had arrived in Auckland, and said they had been taken to a hotel with extra security and checked in.

He said the feedback was that the group deported from Australia had been very cooperative and was following the rules.

He said everybody working at the airport was also taking precautionary measures on the basis that anyone interacting with them may have Covid-19.

The minister in charge of managed isolation, Megan Woods, yesterday said there would be a pause after the first group to see how it went.