Eager fans of the New Zealand Army Band queued for 90 minutes before the Christchurch Town Hall doors swung open yesterday, for the first show at the venue since lockdown. 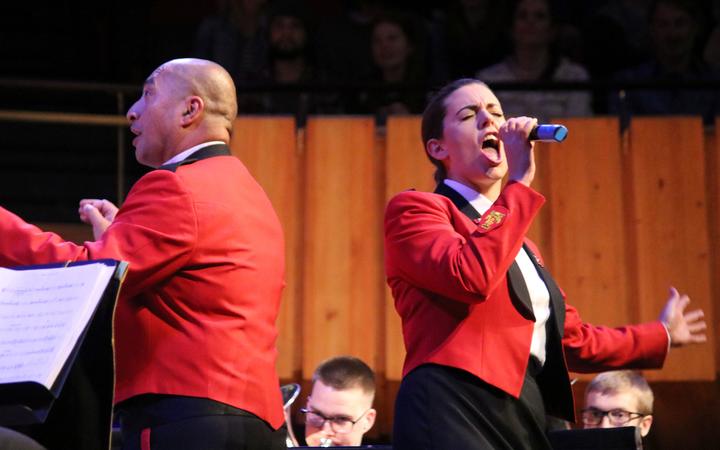 The musicians found worldwide fame in April when they used Facebook videos to perform from their different isolation bubbles.

First in the queue was 7-year-old Jessie Davidson with her sister, Maddison, and her mum, Vanessa, eager to secure seats close to their new musical heroes and heroines.

"Jessie loved listening to them during lockdown, and so did we. Jessie really likes the girl who sings but we enjoyed most of the songs," Vanessa Davidson said. 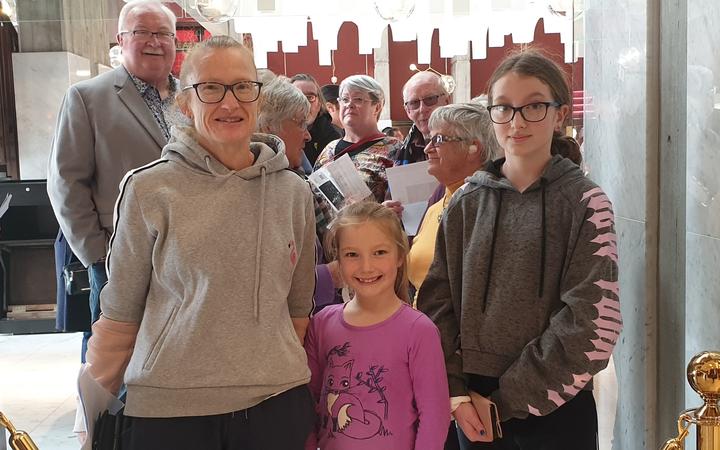 Vanessa Davidson and her daughters, Jessie and Maddison, were at the head of the queue. Photo: RNZ / Katie Todd

Originally formed in 1964 as a brass band for ceremonial shows, the Army Band is well-known in marching and military settings.

It now has about 35 members including vocalists and rhythm section whose collaborative Facebook videos, covering Friend Like Me from Disney's Aladdin and Stevie Wonder's Signed, Sealed, Delivered, took the lockdown limelight by clocking up hundreds of thousands of views.

Vocalist Shannelee Etches said it was quite amazing to be able to reach people around the world as well as new local fans.

"It really showed us the massive support that we have," she said. 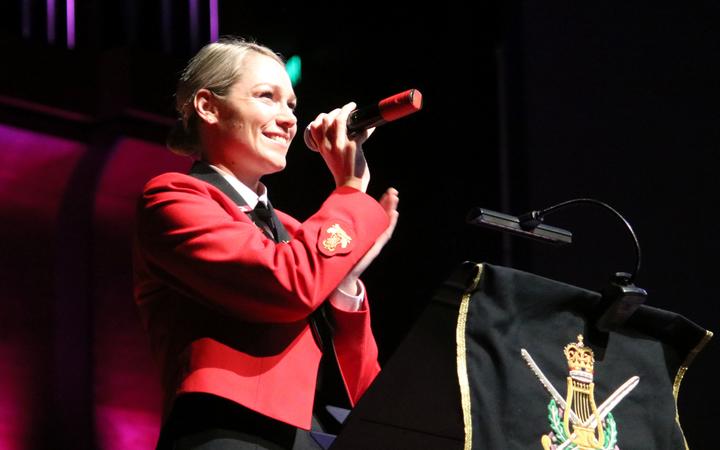 Vocalist Shannelee Etches says the lockdown has brought them new fans within New Zealand and around the world. Photo: RNZ / Katie Todd

One of the drummers, Cameron Lee, said yesterday's show was a chance for new fans to see the band in their full setting and for the musicians to "band together" after Covid-19.

"It's been quite tough for musicians. We're lucky, we're very fortunate, to have a fulltime job and make it a career but lots of friends have struggled big time through Covid. So it's nice to be able to give back to the community with a free concert. Especially in the town hall," he said.

That iconic local musical setting is also heralding in a new chapter of its own from the start of next month.

The doors of the Christchurch Town Hall will be open permanently to anyone who wants to walk through, and perhaps even catch a rehearsal, after the space was restored to its full, pre-earthquake glory through $166 million of upgrades.

Chief executive of the Christchurch Symphony Orchestra, Gretchen La Roche, hoped visitors would see it as a "living creative space".

"Sometimes there are musicians in there doing practice, or bits and pieces going on all about the creative process," she said.

"One of the key reasons we were excited to be in the town hall was to help activate that, so people could come in and see some of the things in process."

"We're looking at touring the country over the next 12 months. We won't be doing it in one hit but we'll be getting out there to different regions and getting out to the heartland of New Zealand as well as the bigger cities," he said. 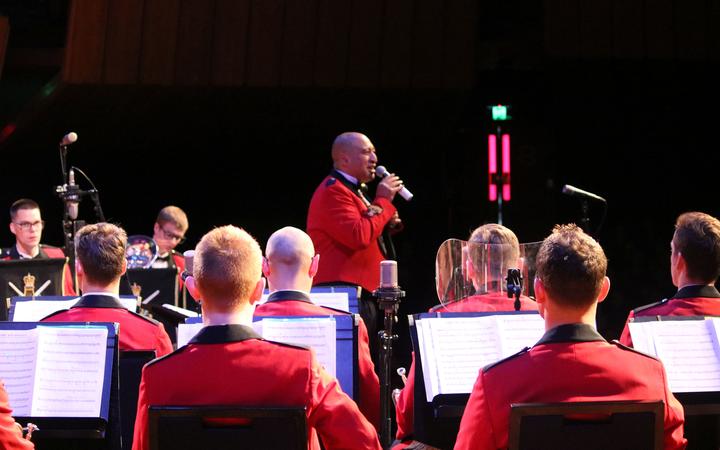