People who have been chronically homeless are choosing to stay in permanent housing - some for the first time in more than 20 years.

Organisations working with rough sleepers say the change in attitudes is "phenomenal".

But they are warning it's no time to get complacent about homelessness, especially as new faces start to emerge on the streets.

There is one man in particular he never thought would be housed. He's been on the streets for 22 years. 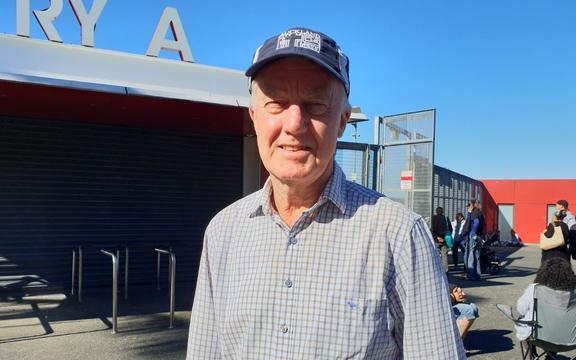 "He was reluctant. Three days into lockdown, when all of his mates had gone, he was sitting there alone and said to his case-worker 'I think it's time to go inside. But, I want a room with a view'."

He's been in housing for three months now. Last weekend he took his first trip in many years out of Auckland, to visit family.

Farrelly was astounded by the attitude shift from people who have typically been tough to house now wanting to settle into a home.

"It's a phenomenal thing we're seeing.

"The majority of the people we are looking after have been homeless long-term. They are suffering from all sorts of comorbidities, mental health issues, addiction issues, and on the whole they are settling quite well.

"There is something magical happening."

The relationship, built on trust, between support-workers and their clients had been essential to the changes, he said.

Getting used to a roof over the head with proper support also gave people time to recalibrate, he added.

Natalia Cleland is the outreach leader at DCM - a Wellington organisation that also supports rough sleepers.

She said lockdown gave staff a chance to really offer that proper ongoing support and encourage the move into houses under the Housing First model - that is, permanent accommodation with wrap-around support for the chronically homeless.

"There's one man in particular who we never thought would be housed. But having a roof over his head and experiencing that made all the difference for him.

"So we've got people that are in motels that are really really desperate for a home, they just want to be settled.

"The fact that these guys want stability is really great."

Cleland said some tweaks to the system were needed.

DCM supported an income-related rent payment for emergency housing, because the sudden requirement to pay rent and bills could put people off moving into permanent housing, she said.

She added that it could be a controversial view.

The biggest barrier, however, is a lack of houses.

The latest government figures showed that since the Covid-19 lockdown, it had helped move 1084 predominantly rough sleepers into emergency accommodation - mostly motels.

Farrelly said that deserved a pat on the back but there was no room for complacency.

"Motels are a stop-gap. They are not the answer and it would be a mistake to think we've 'got there'.

"So it's really important that we keep the pressure on ourselves to move these people to permanent accommodation as soon as possible."

In the last few weeks, Lifewise has supported 15 people into permanent housing.

But its community services manager, Peter Shimwell, said there were new faces appearing on the streets and there wasn't a lot of information yet about where they were coming from.

"The actual economic impact of Covid is going to hit hard, and we are going to see more people pushed into homelessness.

"That is all the more reason that we need to ensure the emergency and motel accommodation we've got stays in place, and that we keep striving towards getting permanent affordable housing for people in dire housing need."