Labour and New Zealand First are once again at odds, this time over where to shift the port of Auckland. 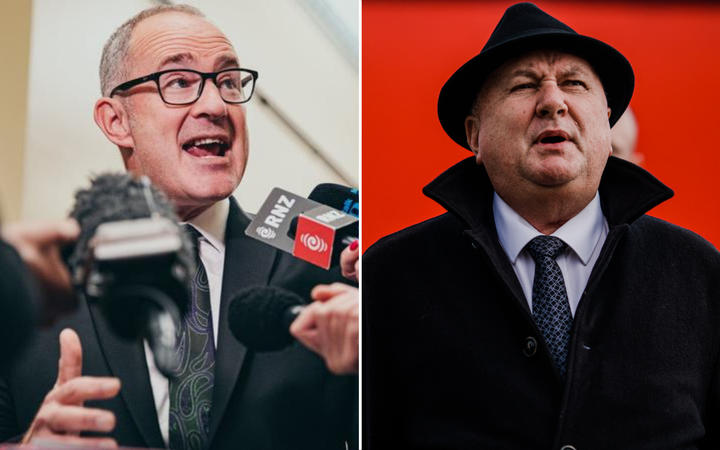 Transport Minister and senior Labour MP Phil Twyford has joined forces with his former colleague and now Auckland Mayor Phil Goff against New Zealand First and the party's push to move the port north, further murkying the future of the port.

The Sapere Research Group report, released today, said Manukau and the Firth of Thames were the only two viable options for a port that would last beyond 60 years.

Goff has given it his backing, said a previous report commissioned by Cabinet and overseen by associate transport minister and New Zealand First MP Shane Jones was a shoddy and baseless opinion piece. That report was completed by a government working group led by former Far North mayor Wayne Brown.

Twyford said it "had a clearly pre-determined outcome" in favour of moving the port to Marsden Point.

"This is such an important decision for New Zealand, that we've got to get it right."

Goff said Brown's report was one of the least professional reports he had seen in his 40-year political career.

"It was not evidence driven, it did not produce a good business case, it did not consult properly, and in the end it was so unprofessional that it leaked its own report before it gave it to its stakeholders," he said.

Brown defended his report, telling RNZ it involved thorough consultation, unlike today's Sapere report, which he labelled "a joke".

The prime minister said her position remained that the Auckland CBD was not the right place for the port in the long-term, and the ultimate decision was for the next government.

Opposition leader Todd Muller would say what his preferred option for the port was.