The introduction of hard-and-fast rules to cut the risk of toddlers choking on food at childcare centres has been delayed.

Officials began looking at whether to make the risk-reduction guidelines mandatory after a Rotorua family went public about their son, who choked in 2016 and is now badly brain damaged.

The Education Ministry said it had expected to bring in changes before now, but the pandemic had delayed this to the second half of the year.

"We determined it wouldn't be right to introduce any new requirements while early learning services are responding to Covid-19," Deputy Secretary of Sector Enablement and Support Katrina Casey said.

The 2015 guidelines say high-risk foods include cut-up apple, which the Rotorua toddler Neihana Renata choked on. 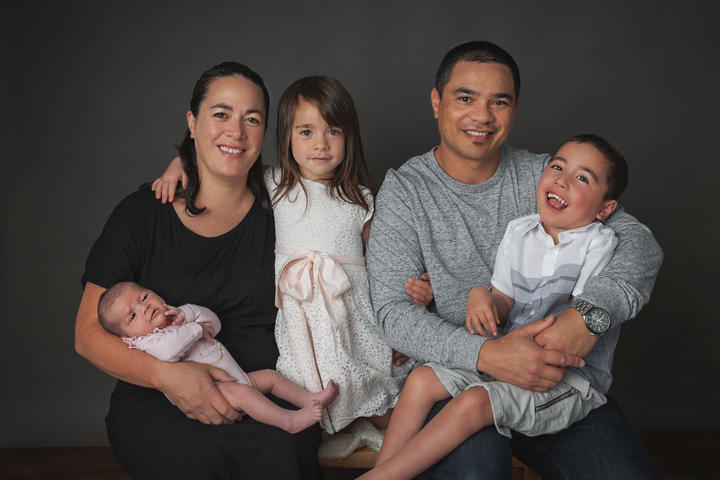 Neihana Renata (far right), pictured with his parents and siblings, was left brain damaged after choking on a slice of apple at a childcare centre. Photo: Supplied: Kylie Day Photography

"Be aware of foods which are more likely to cause choking... small hard foods that are difficult for children to bite or chew (eg, nuts, large seeds, popcorn husks, raw carrot, apple, celery," the guidelines said, adding the grating, cooking or finely chopping food can cut the risks.

"Avoid giving small hard foods, such as whole nuts and large seeds, until children are at least five years old."

The Education Ministry said early learning services should already be following the guidelines.

The move comes 12 years after a toddler died after choking on a piece of apple at a Te Awamutu childcare centre.

His mother lobbied the Education Ministry to change its regulations.

The coroner recommended in 2012 that the Health Ministry complete its planned review on the risk of young children choking on food at centres.

Some childcare centres have previously opposed a ban on foods like apple chunks and sausages, saying it would be impractical.