The New Zealand nurse among those credited with saving Boris Johnson's life has met the UK Prime Minister for a cup of tea. 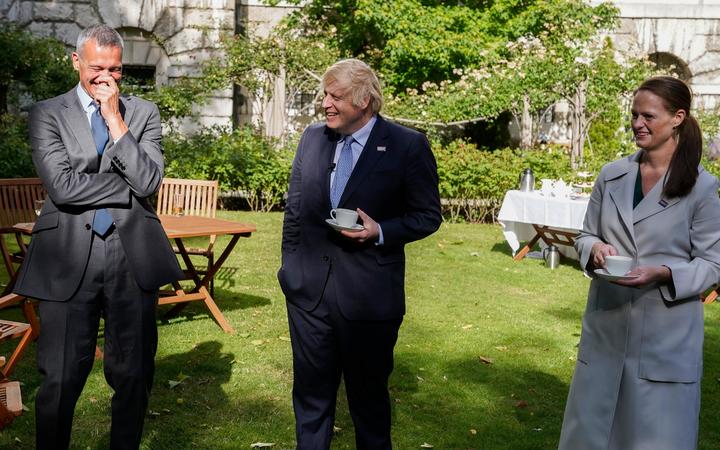 Johnson hosted New Zealand nurse Jenny McGee at Downing Street, as well as other medical professionals for tea in the garden of Downing Street to mark the 72nd anniversary of the United Kingdom's National Health Service.

After being released from hospital Johnson said two nurses - Jenny from Invercargill, New Zealand and Luis from Portugal - stood by his bedside for 48 hours at the most critical time.

He tweeted several photos of himself with staff from St Thomas' Hospital, who observed physical distancing.

This evening I was honoured to host those who looked after me at St Thomas’ Hospital at Downing Street, as we celebrate 72 years of our incredible NHS. pic.twitter.com/6LGAzAXZI5

The prime minister publicly thanked Invercargill-born McGee for being by his bedside while he battled the coronavirus earlier this year.

Johnson was admitted to St Thomas' Hospital and spent three nights receiving treatment in intensive care before being moved into a ward.

He was the first world leader to be hospitalised with Covid-19.