A couple stranded in New Zealand say a lack of clear decision-making about reopening Tonga's border has left them and thousands of others in limbo. 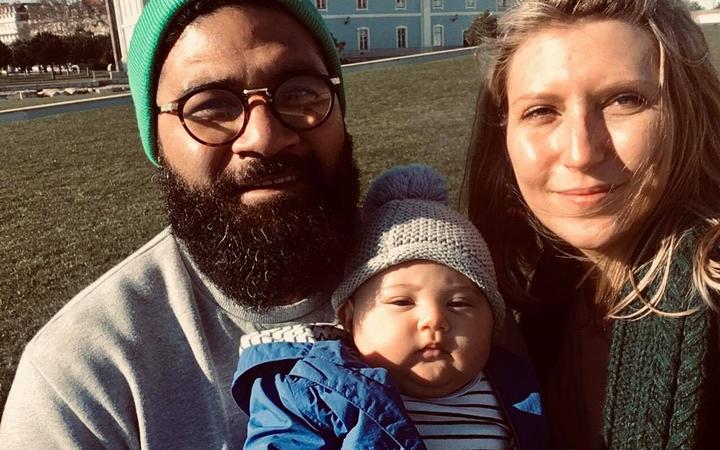 Kate Woodward, who is British, and her partner Will Hafu, a Tongan New Zealander, own a backpackers hostel in Tonga where they've been living for the past five years.

After visiting the UK for Woodward to give birth around friends and family, the couple made their way home with their son, via a stopover in Auckland to introduce the family to baby Noah.

However, Tonga's border shut, leaving them stuck in the city since March.

Hafu said they were lucky to be staying with family, but their savings would not last forever.

He has friends who had travelled to Auckland for work and to see family and were also locked out of the country.

"There's a lot of people who not only want to get back but need to get back to Tonga," he said.

Hafu said the government was offering no certainty or clear planning to citizens and "no one has a clue what's going on, so we're just sitting here in limbo".

The couple had heard rumours of the border reopening any time from September to two years from now.

More than 7000 Tongans are thought to be stranded overseas, including a large number of seasonal workers whose employment in New Zealand and Australia has dried up.

Tonga's Ministry of Tourism said it was planning to repatriate 50 stranded citizens last month and even conducted a drill for staff.

But last Wednesday Prime Minister Pohiva Tu'i'onetoa said the plan had been deferred and that he would make a formal announcement about the government's plans "soon".

Woodward said she was considering applying for a New Zealand work visa as it didn't look like they would be heading home any time soon.

"We're having to plan around the worst-case scenario."

Tonga has to date recorded zero Covid-19 cases. The border has been closed since 23 March.