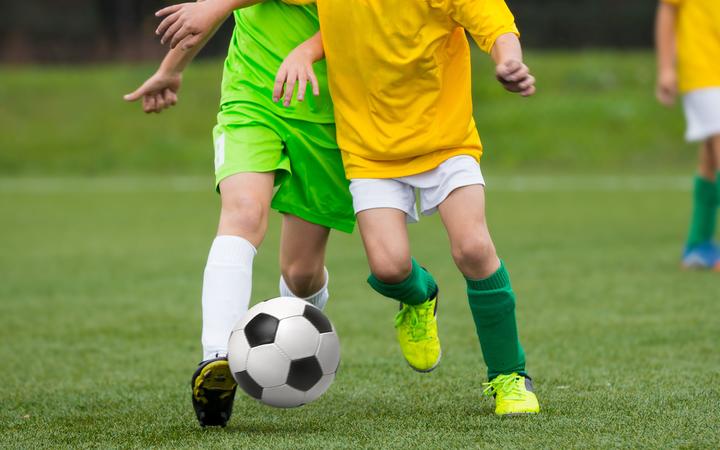 NZ Football says it's unhappy with a company not alerting it to a man's criminal background despite knowing about it since March. Photo: 123RF

A statement from NZ Football confirmed the man was contracted by the production company, 90 Seconds, to help with promotional work to do with kids learning football skills.

The organisation is also angry that the video production company it commissioned didn't tell them about the man's criminal history despite knowing about it since March.

It said it expected the company had carried out appropriate checks of the man's background but this didn't happen and this was "extremely concerning".

It's also angry that the company found out about the man's background in March but had not passed this information on to NZ Football and other parties.

The sports body said its officials were on hand throughout the filming and there were also parents attending.

In a statement, 90 Seconds chief executive Tim Norton said that on March 3 they discovered that a freelancer had previously been convicted of sexually abusing minors.

"Prior to the knowledge of his conviction, we had unfortunately contracted the offender on numerous occasions, including to shoot a New Zealand Football promotional video involving minors.

"The freelancer was utilising our platform using a different spelling of his name, potentially to avoid identification."

Norton said they didn't reach out to their clients so as not to breach name suppression, which they thought was the right thing to do at the time.

"We felt we could not inform NZ Football about the offender as we would be in breach of suppression laws and would easily expose the offender's identity.

"Our understanding was that we could not bring this to their attention due to name suppression laws, but we took immediate action to protect everyone involved - including the dismissal of this freelancer and removing his access to the platform.

"I sincerely apologise to all parents and children who were present at the NZ Football video shoot. As per our safety protocols, no children were left alone with the crew members and had adult supervision on-site at all times."

Norton said the company was implementing new processes to ensure a safe environment during shoots.

Last month it was revealed a convicted paedophile worked on the Christchurch-based children's TV show, What Now.

In a statement, NZ On Air confirmed a man who was a convicted paedophile was hired to work as a freelance cameraman on What Now in 2018 and again in 2019.

A NZ On Air spokesperson said Whitebait Media, which produces What Now, "vetted presenters, as the people who had the closest contact with children, but not the crew".

Whitebait Media's spokeswoman said the company ceased his employment as soon as they became aware of the man's arrest.

The company now requires police vetting of all staff, contractors and freelancers to ensure this never happens again.