Hong Kong protesters in New Zealand are worried they could be arrested if they return home because they have attended political demonstrations here. 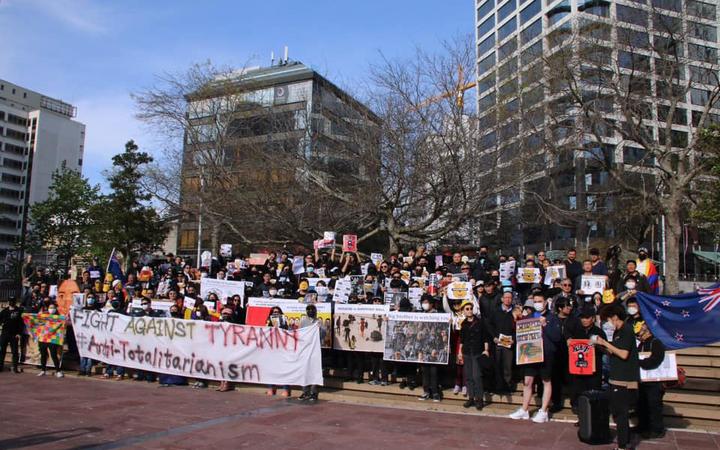 Beijing's new national security law, passed on Tuesday, criminalises secession, subversion and collusion with foreign forces, but will also effectively shut down protest action and freedom of speech. Penalties under the law include life in prison.

Within a day of its passing, dozens have been arrested in Hong Kong, including a man carrying a flag that said 'Hong Kong Independence'.

There are fears the laws could be applied more broadly, due to article 38, which says people can be charged in or outside of Hong Kong, even if they are not permanent residents.

"It seems like to them, no matter where you are, no matter what your nationality is ... if you ever step to Hong Kong, they can just arrest you," an Auckland woman, who asked not to be named because she feared reprisals from Beijing, said.

She said despite her fears, she would continue to attend pro-independence rallies in Auckland.

Legal specialists say the national security law is so broadly worded it could be used to charge Hong Kong dissidents living overseas.

George Washington University law professor Donald Clarke wrote in his blog: "If you've ever said anything that might offend the PRC or Hong Kong authorities, stay out of Hong Kong."

Canada has warned its citizens in Hong Kong or travelling there they risk arbitrary detention and possible extradition to mainland China.

Another member of Auckland's Hong Kong community said he was worried because he and others who had attended pro-independence protests have been filmed by Chinese diplomats in New Zealand.

"I wish there were more safeguards in terms of the government or the police taking more of an active interest in the threatening behaviour from foreign entities," he said.

Foreign Minister Winston Peters is concerned the legislation was passed without proper consultation, and he said the government would be studying it and its rollout closely.

"This is a critical moment for fundamental human rights and freedoms protected in Hong Kong for generations," he said.

Auckland University Asian studies professor Manying Ip said it was too early to tell how the law would be applied, but she said it was unlikely to damage the New Zealand-Hong Kong relationship.