The chilly southerly blast that has hit parts of the lower North Island is beginning to ease. 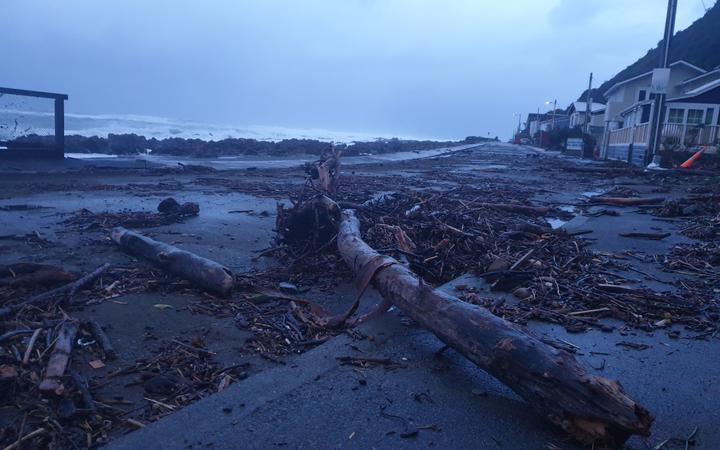 Big swells on the south coast peaked at just under six metres, but that did not coincide with the high tide as was feared.

But at Baring Head, near Wellington, the maximum wave height was 6.45m.

At Tory East, which is offshore of Marlborough, the maximum wave was 7.49m.

At Baring Head, the maximum wave height was 6.45 m.

Last night, residents in the area were being told to prepare in case they needed to evacuate their homes. 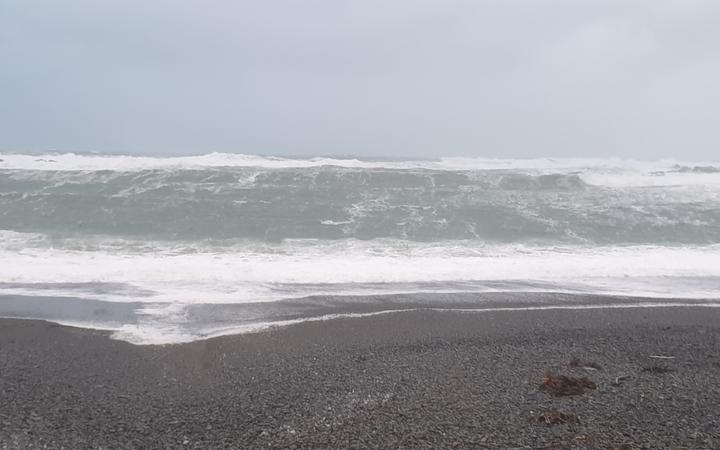 But an Ōwhiro Bay resident, Phillip Isaac, said the storm overnight was not as bad as the last one in April.

Meanwhile, contractors expect they will spend the rest of the morning clearing debris washed up onto the coastal roads out to Eastbourne, in Lower Hutt.

A spokesperson for local contractor Intergroup, Warren Birdling, said crews had been on Marine Drive and Port Road since 2am this morning cleaning up logs, seaweed and rocks.

He said there was no known damage at this stage, but another assessment would be made in the daylight.

Elsewhere, trees were down and there were some slips, including one blocking part of the Eastern Hutt Road near Stokes Valley, Birdling said.

Loots said there had also been some snow and the New Zealand Transport Agency is warning drivers on the Remutaka Hill Road to take extra care due to the winter driving conditions.

Further north, heavy snow has closed the Desert Road on State Highway 1, resulting in a detour at least an hour and a half longer.

The New Zealand Transport Agency said SH1 was shut from Taihape through to Rangipo.

MetService has heavy snow warnings in place for Taihape and the Ruahine ranges until 1pm today, and the Tararua Range until 9am today.

❄Snow on SH1❄ MetService currently has a road snowfall warning out for the Desert Road, with 20 to 25cm possible above 800m until 1pm today. As you'd expect from this image, the road is currently closed! https://t.co/aIkbAHKg1S ^TA pic.twitter.com/Zmb8cC1439

Road snowfall warnings are in place for Napier-Taupo Road (SH5), Desert Road (SH1), Remutaka Hill Road (SH2), Lewis Pass (SH7), with an update expected to be issued by 11am today.

A strong wind watch is in place for Coastal areas of Wairarapa north of Riversdale and Hawke's Bay south of Cape Kidnappers until 3pm today.