Gisborne students say they struggle to understand why an in-school GP service needed to be axed to make way for yet-to-be-established youth health hubs. 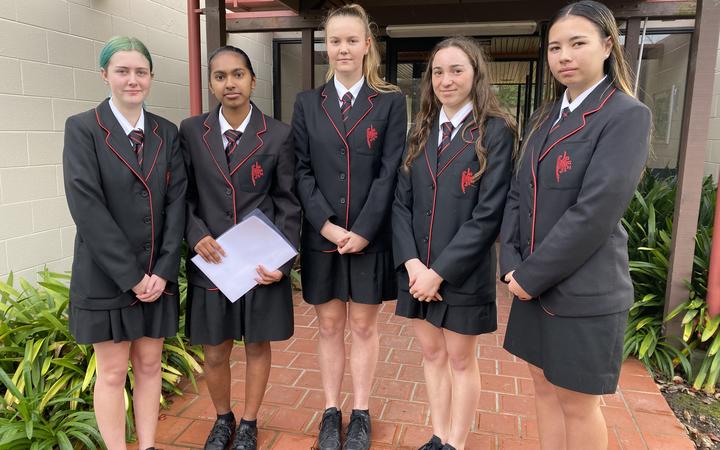 They felt heard but said the DHB's rationale for closing down the GP service didn't wash with them.

The DHB said it wanted to put the $124,000 it spent on the service each year towards designing more equitable youth health services.

It has proposed hubs in Gisborne city and Ruatoria where young people can access free healthcare.

"They keep describing it as an either/or situation," said Madison Haggland, who was at the board meeting with fellow year 12 students Talia Chetty, Emily Horne, Leah Scholefield and Samara Wharehinga-Walters, and teacher Kristin McGill.

Board member Josh Wharehinga asked for the students' opinion on the fact the in-school GP service had not been available at every high school in the region.

They suggested the money needed to establish youth health hubs could be put towards expanding the GP service to other schools instead.

Up until this year, the service was available to more than 70 percent of the region's 3000 secondary students who attended Gisborne Girls', Gisborne Boys' and Lytton high schools.

"When we arrived back to school [this year], the service just wasn't there any more, which left a lot of students vulnerable," Emily said.

Board member Tony Robinson said the DHB should have advised the students about the decision to close down the service.

"If we did not consult with you guys, I apologise for that," said Robinson, who was elected to the board last October.

The students ran a petition earlier this year, asking for the DHB to reinstate the free doctor's appointments, at least until an alternative service was up and running.

More than 1000 students and staff members at the three high schools signed the petition, which was handed over to board chair Kim Ngārimu at yesterday's meeting.

Ngārimu told the students the petition would be considered "in good faith".

The public was excluded from the board's deliberations on the students' presentation.

Ngārimu declined to be interviewed following the meeting, but in a statement posted on Facebook she said the board would "consider the points raised by the students after seeking advice from health officials".

That advice would be presented to the board at its meeting next month.

Teacher Kristin McGill said she was not sure what to make of the statement but hoped the board decided to involve young people in its decision-making from now on.

The students' petition also called for the DHB to discuss with them the issues associated with centralising healthcare at a hub.

Leah said the in-school GP service provided equity to those students without ready access to a family doctor because of their home life.

"It is extremely important to think about the people who need that extra help," she said.

Several board members made the point that they were seeking "value for money" and that, based on the 326 students seen by school doctors last year, the GP visits were costing $380 each.

However, the students said that failed to take into account the fact some of those students had several GP appointments during the year, with 300 consultations held at Girls' High alone.

Board member Meredith Akuhata-Brown, who earlier this year supported the students' call for a review of the decision to halt the GP service, asked if any of the young women had made use of it.

One said she had a range of mental health challenges that she couldn't discuss with her parents, so the service had enabled her to seek help.

Akuhata-Brown said the students had done well to raise the issues board members also needed to weigh up, such as equity and cost-effectiveness.

"We will definitely get better at working out what's best for the whole region - that's our aim," she said.