Firefighters rushed to the Commercial Bay complex on Auckland's waterfront last night after fire broke out on the 22nd floor. 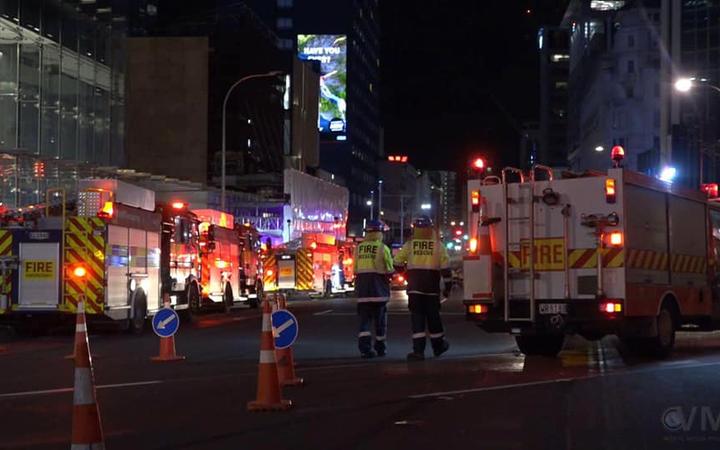 Crews at the scene of the Commercial Bay fire last night. Photo: Fire and Emergency

Fourteen crews from around the city were brought in.

Fire and Emergency was called just before 11pm when a fire in a skip bin set off alarms in the newly opened complex.

Smoke was found in the lobby when the first crews arrived so more units were called in.

The smoke had to be cleared from and there were some detours on the roads around the building.

Crews left the scene by 1.30am. A fire investigator is looking into the cause.