All northbound roads out of Wellington ground to a standstill this evening causing commuter chaos, as a result of a traffic log-jam caused by a slip on SH2 near Petone. 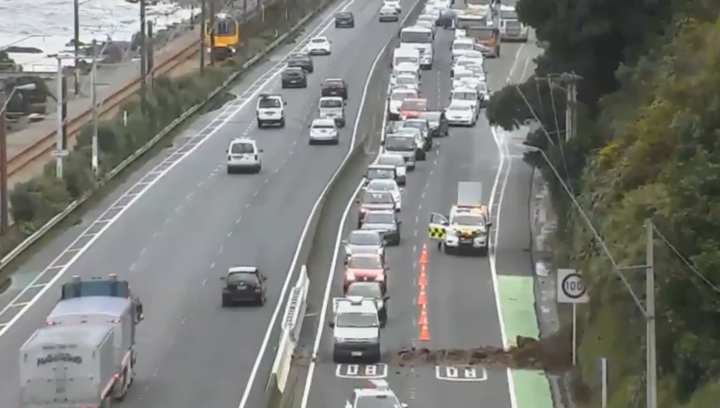 The slip had since been completely cleared by an excavator, both northbound lanes that were closed had reopened and the queues were cleared by 9pm.

NZTA spokesman Mark Owen said it was challenging to clear the slip during peak hour traffic and he apologised to commuters for the delays.

Travellers reported to RNZ that all major northbound routes out of Wellington had been at a stand-still during the evening.

"Advise drivers not to use the Wadestown/Wilton then Crofton Downs route, it is clogged," said Josie B in a text.

State Highway 1 and 2 were both stopped, as well as back routes along Old Hutt Road and through Wadestown, and traffic backed up into the city centre.

SH2 PETONE, NORTHBOUND - SLIP - 3PM
Due to a slip, the left northbound lane is CLOSED just prior to the Petone off-ramp. Contractors are on-site. Please take extra care while passing and expect significant delays. ^EH pic.twitter.com/4V2krG9p9R

Earlier in the afternoon, police said the slip covered both northbound lanes before the Petone off-ramp, but one lane was reopened before the peak evening commute.