The principal of a Wellington primary school has no concerns about a hotel opposite being used as a managed isolation facility - but she was surprised the guests arrived during school pickup time. 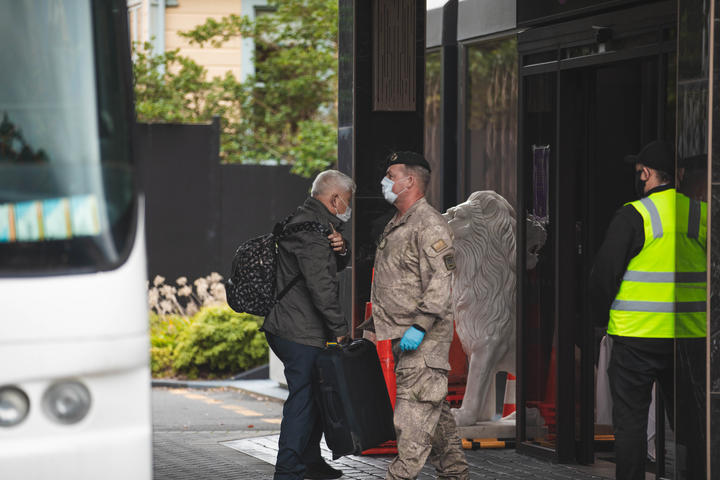 New Zealanders who had arrived on a repatriation flight from South Korea were taken to the Grand Mercure Hotel on the Terrace, opposite Te Aro School, yesterday.

The principal, Sue Clement, didn't think they were going to turn up mid-afternoon and the move caused some chaos.

"I had expected them either earlier or later in the afternoon, after our children had left," she said. "And it involved a number of staff supporting me on the drive, in order for us to safely see our children off the school premises and home for the weekend."

However, she said she was reassured by her communication with the Health Ministry that the guests would be kept separate from the schoolchildren.

She said the allocated exercise area for the guests was on the third floor of the hotel carpark, so no-one would leave the site.

Principals' Federation president Perry Rush said families were understandably concerned about the risks of Covid-19 spreading, and the transfer of the guests could have happened at a better time.

He said it was important the arrivals, departures and exercise times of such facilities were well managed to protect the safety of young people and to avoid creating undue concern for parents.