A plumber has been found guilty of doing negligent or incompetent work at a Lower Hutt retirement village. 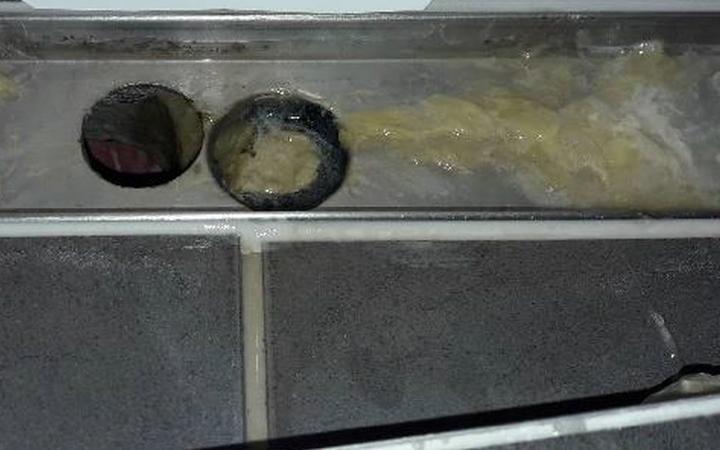 The Plumbers Board has fined Vincent Cookson, who runs Virtual Plumbing, $7200, with costs of $36,000, after a three-day hearing.

The bad plumbing compromised many showers and a rubbish room in the nearly-new 86-apartment complex in upmarket Woburn.

Cookson's lawyer Rebecca Stoop told the board he did not do the poor work himself.

The plumbing industry would take note of what the case showed about a supervising plumber's responsibilities, she said.

The Hutt City Council, builder and engineer were also at fault, Stoop added.

There were "constant walkthroughs" by the engineer Beca, Hutt City Council inspectors and the builder Armstrong Downes, along with Cookson.

"Ultimately the issues that were missed, were missed by everyone," Stoop said. "It cannot be found that he is the sole contributor ... to these potential risks to the public."

A simple check would have exposed the unhygienic shower channels in many apartments.

Cookson was found not guilty over valves in some apartments meant to seal drains from sewer gases, which some witnesses said did not work, letting gas escape.

"The health risks were the one thing he was not found liable for, in respect of the toxic gases," said his other lawyer, Matt Freeman.

The health risks from the showers were due to poor tiling work, with the tilers contracted by builder Armstrong Downes and certified by engineers Beca, Freeman said.

The Plumbers Gasfitters and Drainlayers Board alerted the police and public health authorities in mid-2018 after an audit, sparked by residents complaining of foul smells, discovered defects.

The complex owner, the Masonic Villages Trust, said last year that while the plumbing was bad, tests showed there had been no health hazard, though it did not release the test results.

Cookson told the board hearing that he was not aware of the problems with the showers.

"If he had known, he would've taken steps to prevent that occurring," Stoop told the board after its ruling today.

"Mr Cookson knows what is appropriate and isn't appropriate in the context of ... sanitary plumbing."

It might be he should have "made more of a fuss" about other problems he did spot; he had quality assurance processes, but these broke down, the lawyer said.

It was the only project he had had problems on in decades of plumbing, she added.

Cookson was found guilty of two other lesser charges, and not guilty of three other charges.