A Lower Hutt retirement complex is in damage control after bad plumbing left elderly residents exposed to noxious sewer gases and bacteria build-up in all the showers.

Plumbing investigators alerted the police and public health authorities, and even questioned the death of a woman* who lived in a particularly badly affected apartment in the upmarket suburb of Woburn. (The Hutt Valley Medical Officer of Health later said the woman's treatment records showed her death had nothing to do with the state of the plumbing in the building.)

The owner, the Masonic Villages Trust, said while the plumbing was bad, tests showed there had been no health hazard. It refused to release those test results.

The plumbing woes came to light from an anonymous tip-off to RNZ, more than a year after an audit by a certified plumber reported "unsafe" showers in all 96 of the nearly new apartments built since 2015 - consented and signed-off by the city council despite the mass non-compliance.

However, Hutt City Council senior manager Helen Oram said that with concealed plumbing the council depended on a registered plumber's say-so, and with this project the plumber gave the council statements certifying that backflow preventers had been installed, even where they weren't.

The audit also found that in nine apartments, valves meant to seal floor gully wastes never worked, allowing an open path into the open kitchen-living rooms for noxious sewer gases. This was also the case at 20 other gully wastes or traps in the complex.

One of these gases, hydrogen sulfide, can depress the sense of smell.

"All uncharged floor waste gullies are considered unsanitary plumbing and as such constitute a severe risk to health," the July 2018 audit said. Some also had lots of mould in them.

The audit said the waste valves would have to be manually topped up every three weeks until they were repaired.

As for the showers, each had a metre-wide drainage channel that was not properly connected to the drainage pipe.

"Over time this air gap produces in some cases very large amounts of organic growth which generally cannot be seen by residents and constitutes a serious health risk," the audit said.

Hutt Mayor Ray Wallace said he was aware an audit had been done by the trust and that someone - an "ex-tradie", he recalled - had told him about problems some months ago, but these were "operational matters", "not widespread" with "a few issues around leaks".

His mother-in-law lived there, and "I wouldn't allow family members to be in a facility where there was genuine or serious risk to health".

The complex also lacked backflow preventers at its hair salon and spa - crucial to stop chemicals getting into the Hutt water supply.

After the audit, the Masonic Villages Trust laid a complaint with the Plumbers Gasfitters and Drainlayers Board.

"We have already identified evidence of significant unsatisfactory sanitary plumbing in this retirement complex," the board chief executive said.

"Unsatisfactory sanitary plumbing issues have the potential to be hazardous to people's health.

"The elderly are obviously vulnerable to health hazards. I therefore conclude that it is necessary that I bring matters to your attention on an urgent basis." 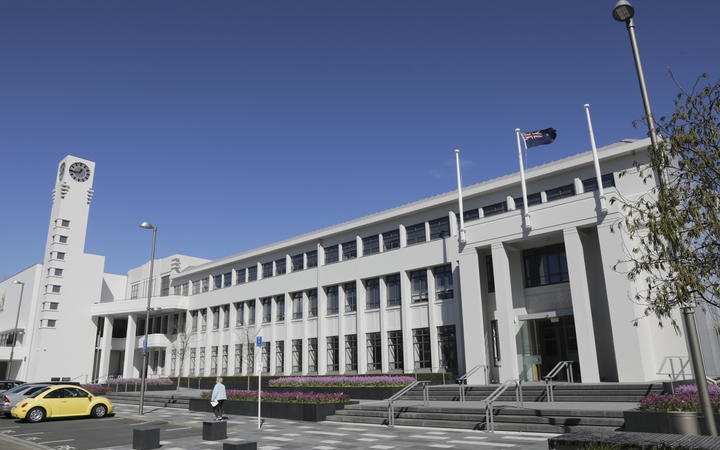 The board's investigation has only just finished and the board told RNZ as the matter was ongoing it would not yet make its final ruling public.

The Masonic Villages Trust put out a statement denying there had been any hazard to elderly residents.

"Based on water and air sampling, and the advice received from qualified and experienced consultants, we are satisfied their health and safety has not ever been at risk," it said.

The trust refused to release the test results, which it said it received in August and September last year, two-three months after it was first alerted to the plumbing risks, and between two and four years since the apartments were built.

It told the board in July 2018 showers and floor wastes were being cleaned and flushed, and measures taken to prevent backflow where preventers were missing.

The trust chief executive, Warick Dunn, refused to be interviewed and hung up last week when RNZ asked for the audit.

A manager at the apartments asked RNZ reporters to leave, and would not let them talk to residents yesterday.

Two elderly men playing table tennis at the apartments had only a vague awareness of any plumbing problems.

However, one resident told RNZ by phone that he only had a "licence to occupy" and was clearly worried if he was seen to speak up.

"I am rocking the boat through official channels," he said. 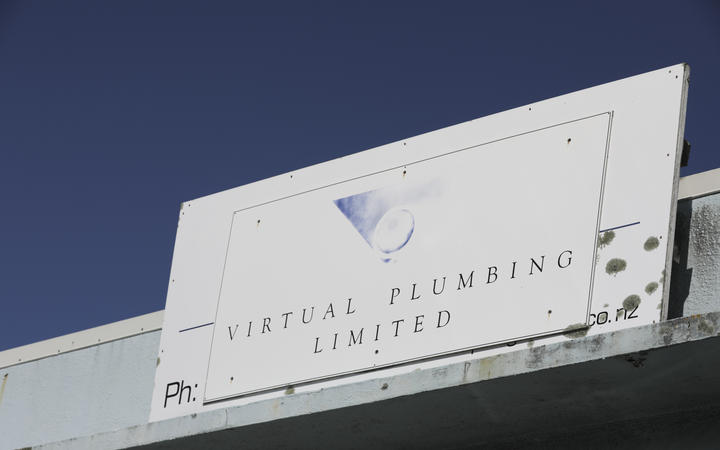 More than a year on, repairs are still not complete.

In some cases, repairs failed and had to be repeated several times, and some residents were moved in and out several times.

The trust said it regretted the disruption and has apologised to residents.

The subcontractor, Virtual Plumbing, that did the original non-compliant work, was involved in repairs, which were being peer reviewed.

"We are hopeful that the final signoff of the remedial work will be received soon and life at Woburn will return to normal again," Mr Dunn said in a statement.

"Despite the fact that the apartments had only recently been completed by licensed and reputable building contractors and consultants, and that the work had been subject to inspections by architects, engineers, and the council that had given its approval by issuing code compliance certificates, unfortunately some of the plumbing work fell short of what should have been delivered."

Building inspectors could not see the bad plumbing as it was in concealed spaces, the council said, so it relied on the registered plumber to ok the work.

However, RNZ understands the tiled shower channels are relatively easy to look under.

The council released the audit promptly to RNZ.

An email in March this year to the Hutt council showed the Plumbers Board was prosecuting the "registered person [plumber]".

The plumbing subcontractor, Virtual Plumbing, has not responded to RNZ's approaches for comment, nor has the main contractor Armstrong Downes Commercial.

The Masonic Villages Trust has 11 retirement complex sites nationwide and is developing a new retirement village in Wainuiomata.

*This story has been updated. On 16 September - after the story was published - the Hutt Valley Medical Officer of Health said checks of treatment records showed the death of a woman at the retirement complex had nothing to do with bad plumbing in the building.