An Auckland woman who spat on train workers during the alert level 4 lockdown has pleaded guilty to assault. 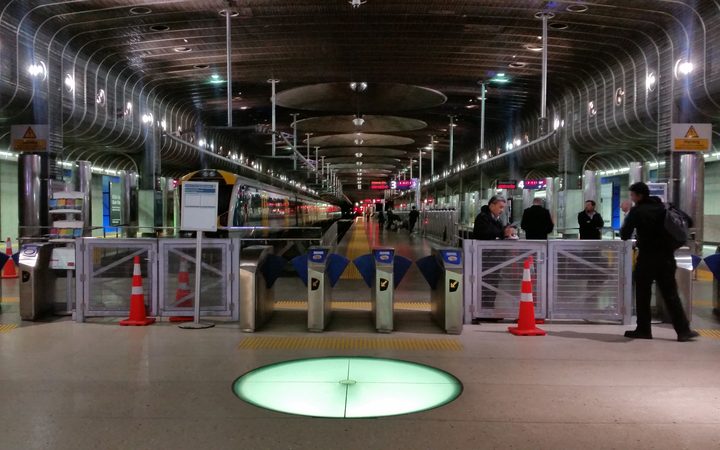 A passenger train which derailed at Auckland's Britomart Station on Wednesday morning has been removed. Photo: RNZ/Eva Corlett

The 32-year-old woman from Laingholm was sentenced to 40 hours of community work and one year's intensive supervision yesterday.

The incident on a train occurred on 17 April. Under level 4 public transport was only to be used for essential travel. When questioned, the woman became abusive and spat at three train staffers.

Auckland Mayor Phil Goff said while he was pleased the offender has been held accountable, she should count herself lucky the sentence was not more severe.

"Spitting on anyone is disgusting and unacceptable at any time, but during a pandemic it is dangerous as well as vile. I hope this sends the message that behaviour like this will not be tolerated," he said.

Auckland Transport chief executive Shane Ellison said the organisation is extremely grateful to the police for taking the matter so seriously, describing it as a "disgraceful" incident.

"It caused stress for the staff members who had to be tested for coronavirus and stood down from work.

"The police and the courts have shown that behaviour like this is just not acceptable, under any circumstances," he said.

"Nobody should expect to be treated like this when they arrive at work. On behalf of our organisation and our staff members, we thank the police for their efforts in bringing this to court."