There have been no new cases of Covid-19 reported in New Zealand today, after two new cases were announced yesterday. 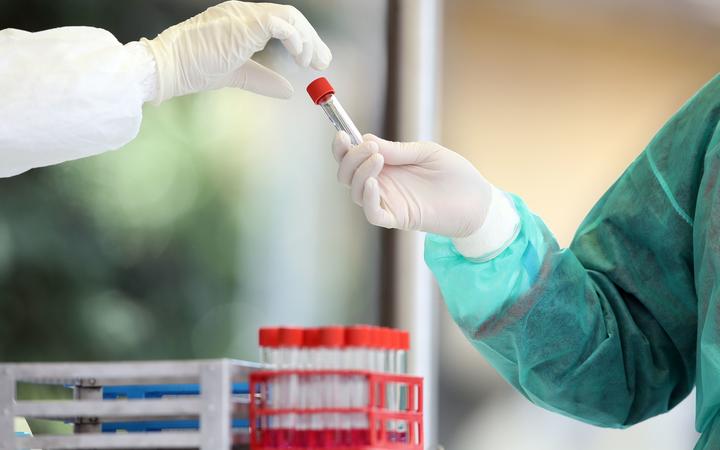 The total number of confirmed cases is now 1,156

In a statement today, the Ministry of Health said the two women remain in self-isolation and are doing well.

It said 320 people had now been identified as close contacts.

"We are treating anyone on the flight or in the facility at the same time as the cases as if they are close contacts who have potentially been exposed. We are getting them all tested and isolated until a negative result is received.

"At this point, there are 320 identified close contacts. The majority of these will have been contacted by the end of the day. All of these people will be encouraged to get a test."

The two new cases - both women who had arrived from the UK - were allowed to leave isolation to travel from Auckland to Wellington in a private vehicle to visit their dying parent.

The Ministry said it was "confident" there was no contact made with anyone on the journey between Auckland and Wellington.

Director-General of Health Dr Ashley Bloomfield said New Zealand was not immune to further cases arriving on its shores.

"The risk of spread of Covid-19 from these two cases while they were travelling to New Zealand and in the managed isolation facility they were in is low but not impossible, so we are ensuring all steps are in place to mitigate the risk.

"As Director-General of Health, I have overall system responsibility for the health operations of our self-isolation facilities and exemptions.

"In this instance, these individuals should have been tested prior to leaving the managed isolation facility.

"I am taking responsibility for ensuring this does not happen again."

Health Minister David Clark told RNZ yesterday he had asked for all such compassionate exemptions to be temporarily suspended until he was confident that "things are happening as they should" at the borders.

Today he is suggesting the military could oversee managed isolation as part of the government's response to Covid-19.

The Health Ministry had oversight but that was now under review, he said.

Meanwhile, the National Party is calling for his resignation as minister.

And Chief Ombudsman Peter Boshier said Covid-19 isolation and quarantine facilities will be inspected after he revealed new arrivals in the country were able to mingle at a hotel with other guests, including his staff.