A Sanford ship, the San Aotea, is steaming through the frigid Southern Ocean on a six-week mission to retrieve 15 crew at sea for months with few options to get home. 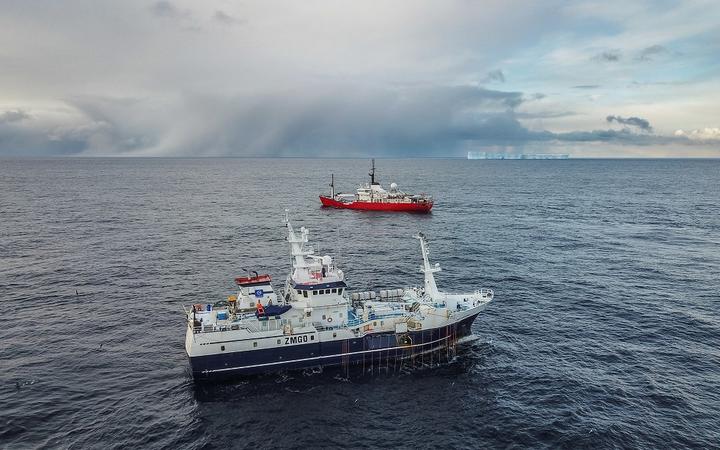 The San Aspiring, in the foreground, fishing in the South Georgia sea. Photo: Supplied / Sanfords

The crew on the San Aspiring have been fishing for toothfish and doing scientific research in the South Georgia sea since February.

Sanford spokesperson Fiona MacMillan said with no flights from South America or any way to get the crew home without potentially exposing them to Covid-19 in transit they decided the best option was to just go and get them.

"It's the right thing to do. Those guys did not sign up to be stuck out at sea for eight months, they signed up for a specific fishing mission."

One option was to fly to the UK but that would have meant the crew spending time in quarantine before travelling home. The option of chartering a vessel from Australia was also looked at.

MacMillan said most of the San Aspiring crew have been on board the boat for more than 130 days. "They have been away for a long time and we need to get them home to their families."

She would not say how much the mission was costing. "We want to do the right thing for them and their families and get them back in a timely way and keep them 100 percent safe."

MacMillan said the two boats will meet off the Falkland Islands in a couple of weeks and the San Aspiring crew will be back in New Zealand by the end of July. Some crew on the San Aotea will switch over to the San Aspiring to complete the fishing season. 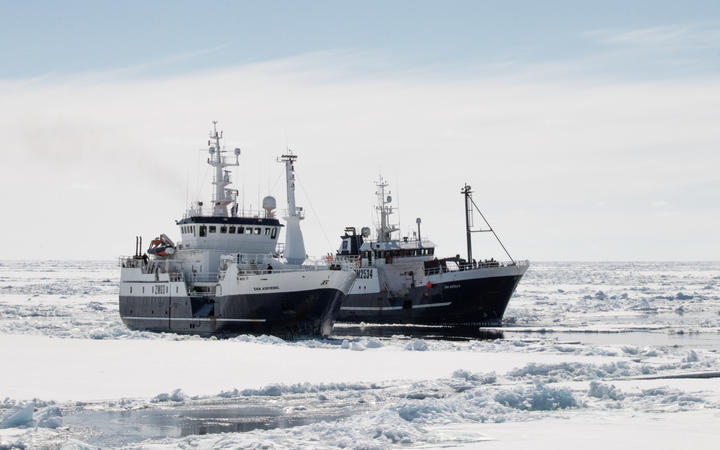 The San Aspiring and Aotea 2 in the Ross Sea for the toothfish season in December 2019. Photo: Supplied / Sanfords