New Zealand officials are being accused of lobbying for lower protections for endangered sea corals. 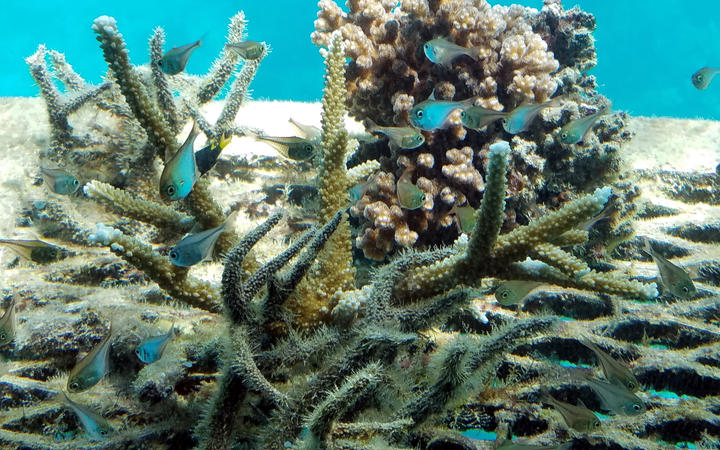 Great Barrier Reef in the Coral Sea off the coast of Queensland, Australia, is in serious risk of being lost. Photo: AFP

At a major international meeting of the South Pacific Regional Fisheries Management Organisation in Vanuatu, a new lower limit had been set for the amount of coral boats were allowed to pull up and damage in their nets.

But a coalition of environmental groups said it was not as low as it should have been.

Spokesperson Jessica Desmond said the EU, US and Australia were pushing for a 25 kilogram limit, but this was opposed by New Zealand, which lobbied for 80 kilograms, the amount finally agreed upon.

Desmond said our government had been captured by the fishing industry and the weak compromise could result in 33-tonnes of coral being damaged in a single trawl.

Sanford Fisheries spokesperson Colin Williams said it was at the meeting "to supply information about how fishing actually works and what the impact of rule changes would be on our day-to-day operations in the South Pacific Regional Fisheries Management area".

Williams said it was important to remember that less than one percent of the world's oceans were open to trawl fishing and "the tiny amount of coral fished up by any of our vessels is usually coral rubble, meaning dead structures, such as you might find washed up at the beach, not living organisms".

"The picture of damage drawn by the NGOs who were present at SPRFMO is a long way from the facts and reality of how we work on the water," he said.

The Ministry for Primary Industries has been approached for comment.