The Dunedin City Council-owned company yesterday submitted to the Commerce Commission its proposal to upgrade its network.

It cut $20m of proposed spending and the changes will mean a 13 percent average increase to customers' power bills, down from the 18 percent initially predicted.

But Central Otago and Wānaka residents will be hardest hit by the increases to line charges.

Central Otago Mayor Tim Cadogan said the changes were only a start. 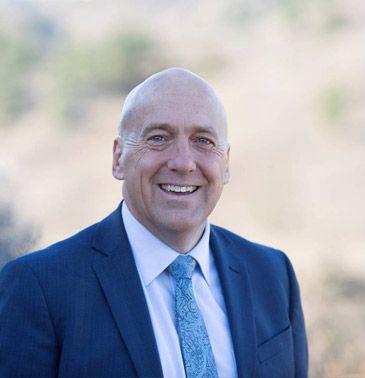 "I would still like to see Aurora districtising the overall cost. Even though Central Otago's costs come down ... by $140 less a year. It's still vastly more that Central Otago is going to be paying than the likes of Dunedin."

At the heart of the issue was the millions of dollars in dividends paid out over years to Aurora's owner, the Dunedin City Council.

Years of under investment in Aurora Energy's power network - which covers much of Dunedin, Queenstown Lakes and Central Otago - left it in a precarious state.

The company was fined almost $5m earlier this year after excessive outages between 2016 and 2019.

"That's where the rub is ... the perception in the public in Central Otago that money's been taken out of the lines network in this district - in fact everywhere - and used for the benefit of Dunedin.

"There's a real sense of unfairness in that and a very good way of balancing that would be if the cost of fixing the network over all, rather than broken up into arbitrary groupings, was to put us all in the same boat. I think that would go a huge way towards ameliorating the sense in Central Otago that we're being used a bit here."

While the Commerce Commission would assess Aurora's proposed spending, redistribution of line charges had to come from Aurora themselves.

Cadogan said he intended on continuing to put pressure on the company to make the change to pricing structure.

He also intended on speaking with the Electricity Authority about the subject.

Speaking to media yesterday, Aurora's chief executive Richard Fletcher said such a change in pricing structure was not possible due to the way the industry was regulated.

"It is really hard and I appreciate that," Fletcher said yesterday.

"We've had some long conversations with the councils and the mayors and COs of the councils. Unfortunately we are a regulated business, we have to work within a framework. We've tried to be as transparent as possible as to what we're doing and why we're doing it.