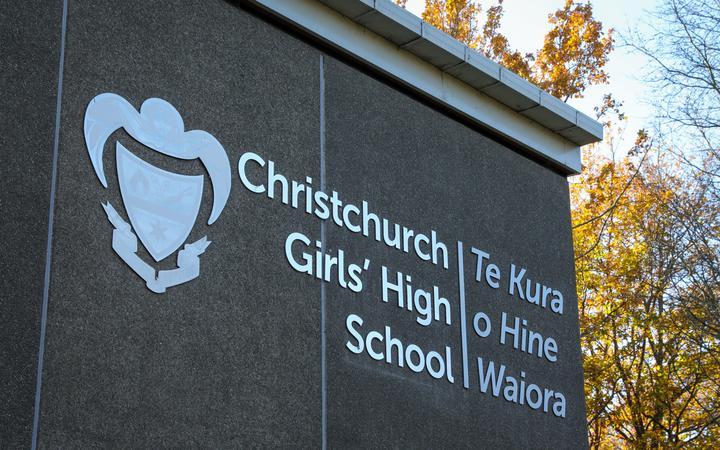 Year 13 students from the school said the staff member - who is not a teacher - told them that "all lives matter", while removing the poster last week.

The school's principal, Christine O'Neill, said the school was going "through a process" with the staff member, but refused to elaborate further, citing privacy.

O'Neill said students were being offered support and would not be punished for their actions.

"We'll continue to work through with them and keep dialogue open and understand exactly what it is they want," she said.

"They have been reassured by me every day that they have my support and they have our support to speak up."

O'Neill said she supported the students' actions, and condemned the "all lives matter" comment by the staff member in question.

"I understand why the students were upset, it is an inappropriate comment that comes from a lack of understanding," she said.

"If you think of the analogy of all houses lined up in a street, and a fire engine comes to put out a fire on one house and everybody says 'all our houses matter' - well they don't."

O'Neill said the posters being removed had nothing to do with damaging surfaces.

"When I spoke to staff the next day, I certainly didn't get into the whole surfaces issue because that's not what it was about," she said.

Other schools have same issue

The incident at Christchurch Girls' High came to light after similar instances at St Andrew's College] in Christchurch and Marist College in Auckland.

St Andrew's College students alleged that a teacher verbally abused them and tore down Black Lives Matter posters they had put up.

The school's principal, Christine Leighton, said the teacher's outburst was now a disciplinary matter under the Teachers' Code of Professional Responsibility.

Meanwhile at Marist College, Marist College student Nia Cherrington said casual racism was a problem at her school after posters were removed.