An increasing number of stranded foreign nationals are looking for work in Hawke's Bay, despite the season, and civil defence says it is like "watching a slow train wreck". 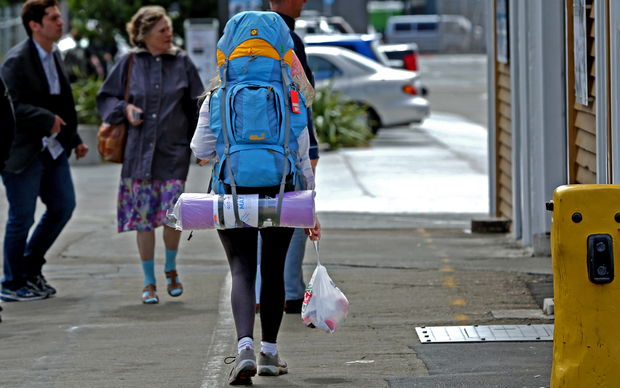 Civil Defence Hawke's Bay had been providing emergency accommodation, food and clothing to dozens of foreign nationals over the last few months, Civil Defence controller Ian MacDonald said, and the situation was getting worse.

The foreigners included nearly 1700 workers from Pacific islands, employed under the Recognised Seasonal Employment (RSE) scheme, whose contracts had ended and were now left with either little or no work and unable to get home.

Many more were backpackers fleeing the desperate situation in Queenstown in the belief they would find horticultural work in Hawke's Bay.

"But it's the wrong time of year, and they probably don't understand that," McDonald said.

"We've heard stories of backpackers living in tents in orchards. We're getting frosts, it is the middle of winter ... this is not sustainable."

Furthermore 400 international students at the Eastern Institute of Technology were also stranded with no way of getting home and often no work to fund their stay, MacDonald said.

There were similar situations unfolding in Canterbury and the Bay of Plenty as backpackers tried to seek work in other regions, he said.

"It appears to be finally bubbling to the surface. It's like watching a slow train wreck."

The responsibility of Civil Defence was to provide emergency shelter, food and clothing to foreign nationals needing help, but it was not sustainable to be doing this long term, he said.

His staff needed to again focus on planning for emergencies.

"We need more clarity from the government as to who is responsible for looking after them."