Immigration Minister on the government's plans for migrants

The government is looking at how up to 10,000 immigrants can return to New Zealand, Immigration Minister Iain Lees-Galloway says, but they may need to reconsider their employment. 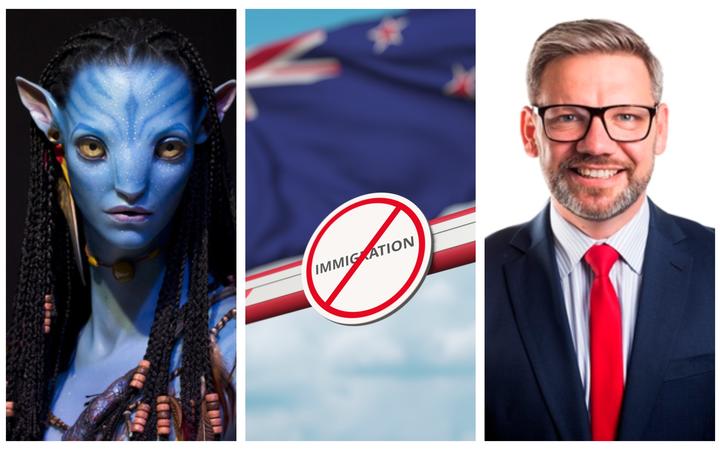 Cabinet lifted border restictions slightly yesterday by allowing partners and children separated from their New Zealand-resident relatives to enter the country without needing to be accompanied by them through the border.

Carolina Zalazar and her daughter Martina spoke to RNZ's Nine to Noon two weeks ago to explain how their week-long holiday to Bali has ended up being nearly three months.

Meanwhile some sectors, like the film industry, are being granted exemptions to border closure rules, but others are not.

Lees-Galloway told Nine to Noon host Kathryn Ryan that migrant workers had been filling gaps in the labour market that may no longer exist.

He said the government was working on how immigration criteria could be opened up.

"So that's a step as part of this careful and cautious lifting of the restrictions that we're going to have to continue to pursue. The next group of people, there is a group of people who hold temporary visas but who have made lives here in New Zealand and are currently unable to travel to New Zealand.

"That's the next group of people that we're working on policy around, to support and facilitate their travel back to New Zealand and we estimate that there's probably around 10,000 people who you would consider ordinarily resident in New Zealand, who are unable to travel here at the moment.

"We need to work through how, in a careful and managed fashion, we can allow those people to return to New Zealand."

The capacity to isolate new arrivals for a fortnight in managed facilities or quarantine was limited to 3200 places, he said, which translated to 250 people a day, and most of those places were being taken by citizens and residents.

He spoke about how the government might prioritise those returning, including their work situation.

"We're working through exactly what the policy will look like, and other things that will be taken into consideration such as how long have you been in New Zealand, do you have children here, were your children going to school here before the pandemic hit?

"There will be a variety of factors, but certainly the work situation - and I think this is only reasonable, it's only fair to the migrant workers themselves that we're upfront about this and it's only fair to New Zealanders that we use the immigration system in the fashion that it should be used, which is to fill genuine gaps."

Speaking about migrant workers here and those stuck overseas, Lees-Galloway said some may find their jobs had been lost, or a new visa application could be refused because New Zealand workers were now available to do it instead.

"The immigration system, particularly the temporary visas, are there to fill gaps in the New Zealand labour market, and the unfortunate truth is that there will be fewer gaps," he said.

"Some of our migrant workforce are going to have to seriously weigh up what the future holds and think about their options, because if there is not work available when it comes time to renew their visa the labour market test will be applied and they may well get a different outcome than they had done in the past."

Lees-Galloway said he felt for those stuck overseas and understood their frustration.

Some immigrants have been upset about economic border exemptions for 200 people who do not live here, such as the Avatar film crew.

That project would create 1000 jobs, he said, and 90 percent of the 2200 non-New Zealanders let in since the border closure had been humanitarian cases.