The Catholic Diocese of Auckland will meet with Marist College families after teachers tore down Black Lives Matter posters at the school. 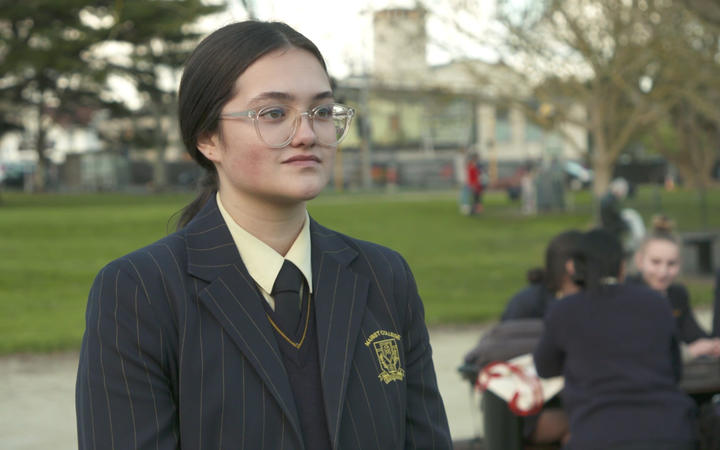 It comes amid an investigation by the school into the incident, which has been labelled racist by students.

Principal Raechelle Taulu said the Diocese, who own Marist, will mediate a meeting with those who have raised issues.

She said, at a meeting of the Board of Trustees and senior management last night, they agreed students have every right to be heard.

In a statement yesterday, Taulu said she was aware of the concerns about racism.

"We stand with them in sharing the rejection of actions and attitudes that are racist and violent," Taulu said.

She was joined yesterday by a number of her peers all voicing their concerns about alleged systemic racism at the Catholic girl's college.

This morning, the school's Board of Trustees and senior management issued a statement saying students have every right to be heard as the issue was very serious.

"Over the last week senior management has set up several ways to support students to discuss and learn about racism in our world as a school as the term progresses."

"As we are currently completing a formal investigation into issues raised with us and in the media, we can make no further comment at this time.

"We will be welcoming the support of the Catholic Diocese, proprietors of our school, to mediate a meeting with those that have raised issues and to address these matters."

The Auckland Catholic Diocese said it would try to hold its meeting with Marist College students today, or tomorrow at the latest.

The diocese said it was "anxious to support both the staff and the students in order to achieve a resolution of the current issues.

"In order to help support good communication between students and staff, the diocesan representatives for education and Māori pastoral care are planning to go to Marist College to meet with the students and hear from them their concerns and the issues they have raised."