Top scientists are urging researchers who are rushing to develop Covid-19 treatments to ensure they rigorously test drugs. 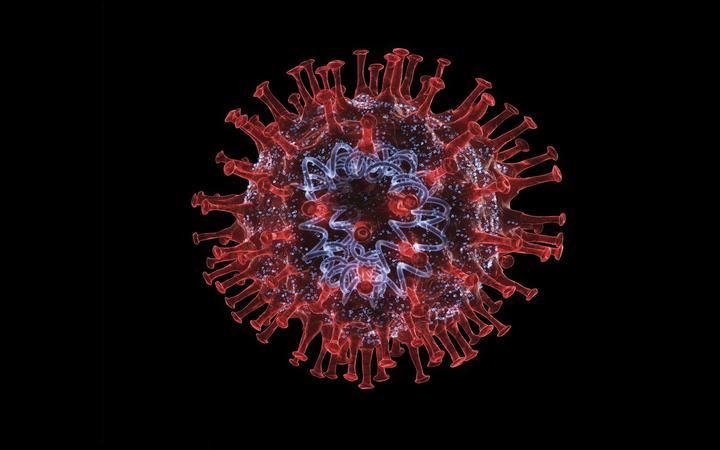 A computer illustration showing a coronavirus with the RNA (ribonucleic acid) inside and proteins on the surface. Photo: AFP

More than 1000 clinical trials for a treatment are underway around the world.

International pharmacology societies have welcomed the global efforts but they warn that many studies don't have enough information to take treatments from being used in labs, to used on humans.

The societies have endorsed a set of international guidelines co-authored by Dr Daniel Wright, a senior lecturer at the University of Otago's School of Pharmacy.

A number of drugs are being proposed as possible treatments without suitable evidence to support their use, Dr Wright said.

"It is not enough to show that a drug can kill the virus in the lab," Dr Wright said.

"The drug must also be shown to reach the target tissues and cells - the lung in the case of Covid-19 - in sufficient quantities to kill the virus and at doses that are safe in people."

The Australasian Society of Clinical and Experimental Pharmacologists and Toxicologists (ASCEPT) and British Pharmacological Society (BPS) collaborated on the project, and sought endorsement from many international societies for their guidelines.

The guidelines were "nothing new" to clinicians, but were created as a reminder for scientific rigour over testing, during this unusual time.

"Clearly we were dealing with rushed clinical trials and some of the basic science was getting chucked out the window from time to time.

"We understand that of course, but at the same time there is no point in putting resources and money into a drug that is not effective in the end," Dr Wright said.

The international guidelines set out five principles that are intended to give research efforts the best chance of success, including a call for well-designed trials.