Christchurch's historic Isaac Theatre Royal is gradually restarting operations after being shut due to the Covid-19 lockdown. 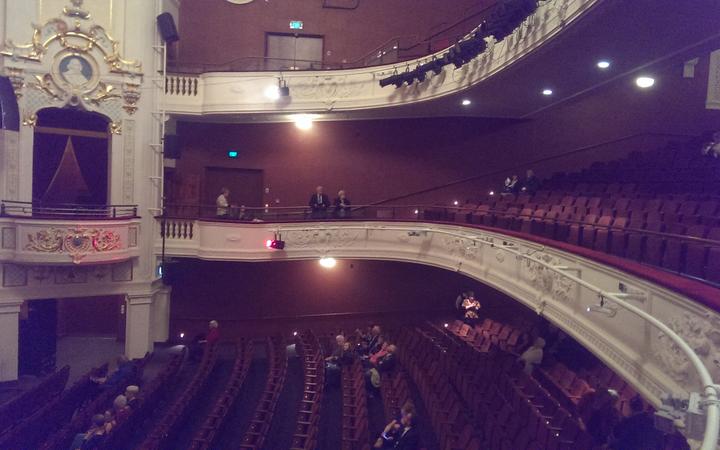 The theatre was restored in 2014. Photo: RNZ / Nicola Grigg

The theatre has been facing the risk of closure due to the lockdown, but it was given a boost by significant public donations through a fundraiser.

Public film screenings were returning from 24 June and drive-in cinema was planned for early next month, Mangan said.

Children's musical The Cat in the Hat was also planned for the July school holidays.

However, Mangan said despite the Covid-19 alert level 1 status, there would be ongoing challenges for the theatre.

"With the borders still closed, that means that we don't get the international acts coming through," he said.

"I think New Zealand is in a privileged position and we realise that but we've just got to work hard between now and when the borders do get open - and that's going to be a new challenge."

Mangan said the theatre was grateful for the people of Canterbury coming to its aid in what had been a difficult time for the industry.

"There are lots of good causes out there and we're just so thankful that the people Canterbury have helped us and helped our cause," he said.

"We need to respect that, we need to make sure that we continue to work hard for them."