There are no new cases of Covid-19 in New Zealand on the first day of alert level 1.

Missed the update? Watch it back here:

Director-General of Health Dr Ashley Bloomfield confirmed the 18th day since New Zealand last reported a new case of Covid-19, on 22 May.

"We are confident we have eliminated community transmission of the virus here in New Zealand," Director-General of Health Dr Ashley Bloomfield said at the briefing today.

Bloomfield said there was worry of a new case after two siblings in Auckland were tested - one came back negative, one was a weak positive. Further testing showed a negative result, however.

Yesterday the Health Ministry declared the final remaining active case in New Zealand had now recovered, and there were no new cases.

Since the beginning of the pandemic, New Zealand has reported 1504 confirmed and probable cases. Of these, 1482 have recovered and 22 have died.

Dr Bloomfield said restrictions at the border had increased, because incoming travellers posed a bigger risk of infection as restrictions domestically eased.

He said people in managed isolation would from today not be allowed to apply for exemptions to attend funerals and tangihanga.

They would still be able to apply for leave on compassionate grounds to be with a small group of people before or after the event.

"We need to keep Covid-19 out to keep our domestic economy operating as freely as possible," Bloomfield said.

Those applying for exemptions for leave from managed isolation could only be with a small group of "between five and 10" people, he said.

He advised people to begin the exemption process before they landed in New Zealand.

Bloomfield said changes at the borders were "watertight" and "airtight" for those coming in via air or water.

He said people coming in through the borders would not be allowed to attend events with a large number of people now that the country is in alert level 1.

"We have done the hard mahi here. Our work has paid off," Bloomfield said, adding that there was still a pandemic "raging beyond our shores".

He said there would be new cases of Covid-19 in the future and all people at the border were being tested whether they had symptoms or not.

The ministry was prepared for any new cases that might still be onshore, he said. 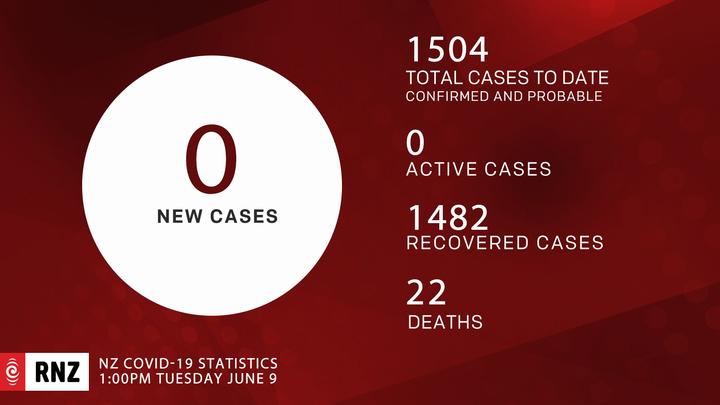 Earlier, professor of public health at Otago University Nick Wilson said while it was a fantastic achievement for New Zealand, he would still like to see some improvements to the government's response.

"The gaps are; wearing masks at the border and on incoming aircraft and at airports and also with our contact tracing - it is still far from state of the art," he said.

Lilian Su'a, 55, spent four weeks in intensive care, some of that on a ventilator, and even though she returned home doctors said it would take months for her to fully recover.