When New Zealand’s last hospitalised Covid-19 patient was sedated in ICU for over a month, doctors feared she would not survive and told her family to prepare to say their goodbyes.

But instead, they prayed.

Now, 55-year-old Samoan woman Lilian Su’a is recovering at home and said she’s lucky to be alive after battling Covid-19 in Auckland's Middlemore Hospital for more than two months.

With New Zealand now reaching alert level 1 and with no more active cases of Covid-19, Lilian and Tofiga are celebrating both their recovery and their 35th wedding anniversary this week. They say their battle with Covid-19 has made their marriage stronger than ever.

“I loved her when I first saw her. My wife is a lovely lady. She loves me so much. Her cooking is really delicious and she is very humble,” Tofiga told First Up.

“Definitely he is the one for me, my lovely husband,” Lilian says, “15th of June this month, 35 years our anniversary so praise the Lord!”

“I got sick on the 23rd of March and it was just like a normal flu and I thought it wasn't that serious,” explained Tofiga.

He said he attempted to get tested at the Mangere clinic in South Auckland, but was rejected because he didn't have a sore throat and wasn't coughing.

It took a further two attempts to get tested.

“By that time my wife was also affected with the coronavirus and I told the doctor there after taking my test - whether she can test as well, and he said no. He said just wait to get my results. So we're both sick, only two of us here in the house. So we are looking at each other and talking, trying to shake away the pain and all that,” he said.

By the time Tofiga's test results came back confirming he had the coronavirus his wife Lilian's condition was serious.

Because of the strict Covid-19 rules, security would not allow Tofiga to enter into the hospital with his wife so Lillian went in on her own.

“There are security cars there waiting for me and said 'No, you can't enter the hospital. You can go home now because you're not allowed to get in'. So it was so sad for me, you know. And I was also very worried because she went inside by herself,” Tofiga said.

“So I stayed in the car park for about 40 minutes confused and worried and didn't know what to do. But thank God I just settled down because of our faith in God,” he explained.

Lilian said she walked into the hospital feeling weak, "They let me sit down on a chair and they said “What's going on? What's happening?” And I was just explain everything I feel at that time, and from there they took me straight away for tests and then to the ICU."

The pair both have a strong Christian faith and Tofiga said it's the only thing he could lean on during that time to stay hopeful.

“I didn't say goodbye and that's the hardest thing about it because I just dropped her in front and said 'I'll just park the car and then come and see you' but I didn't know that was the last time to see her and I didn't even say goodbye to her. So it was hard.”

Ministry of Health staff haven't confirmed where exactly Tofiga contracted the virus, but his family believe it's likely he got it at Auckland International Airport where he works.

By the time his wife went into hospital, the entire country was in lockdown and his symptoms had gone. Tofiga was left home alone, worrying about his wife and not knowing when he would see her next.

Lilian's condition was serious and she was sedated for an entire month. At one point doctors told the family they didn't expect her to survive.

Unable to breathe on her own and after the maximum permitted time on a ventilator, doctors performed surgery to connect breathing apparatus to Lilian's trachea in a last ditch attempt to help her breathing.

During that time their daughter Lily, recently returned from Australia and in quarantine, started a prayer chain, gathering family members and friends around the world to pray for her mother through daily zoom calls.

“Because a lot of people they pray, they stand together and it was amazing. People that they don't know God, they all come together and pray and it's just like a new thing in my family,” said Lilian who believes her family’s faith helped her pull through her two-month battle with the disease.

After four weeks in ICU she was taken off the sedatives, and began breathing on her own for the first time in weeks.

She recalled her first words - “It was just 'Praise God!'” she said laughing.

“I didn't know how many days that I was sleep but it was just that thing that's coming from my mouth was 'Thank you, Lord'."

Lilian was moved to the Covid-19 recovery ward and Tofiga was finally able to see his wife again - for the first time since he dropped her at the hospital more than a month before.

“The first time I met her face to face, after all these time was when she was at the rehab clinic and I was surprised to get a call - "Yeah you can visit your wife now" so I was so happy. I hurry up and yeah ... rush out the door,” Tofiga said. 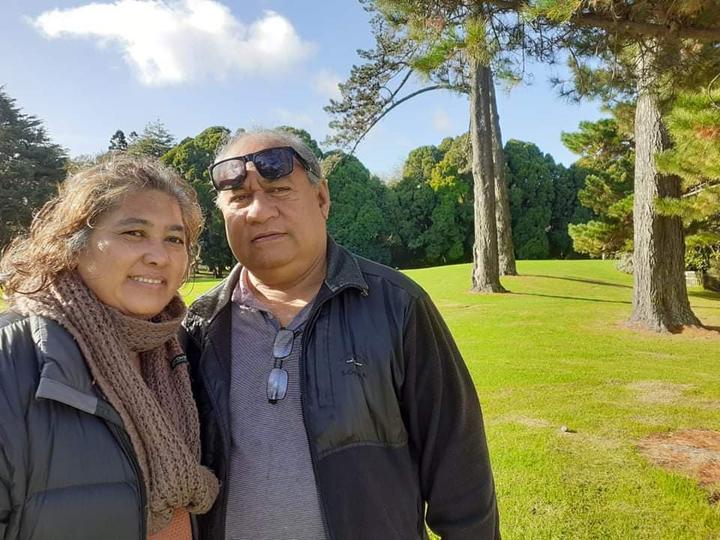 It was the longest the pair had ever been separated. They're used to doing everything together.

“I was very careful about the metres and things so I didn't rush. I took my time because there were nurses there so they blocked my way so I finally got to her and yeah, it was a good feeling. Holding her, hugging her again and kissing her. It was quite a relief for me,” he said.

“She said 'I thought it was only sleeping for a few hours!' and I said 'No, no you slept for about a month'." explained Tofiga.

On 4 May, Lilian finally tested negative for Covid-19 but she would spend the next three weeks recovering in hospital.

And there were many things she was looking forward to once she was able to leave hospital.

“Oh straight away when we got out I said "Oh let's go to Nandos!” she recalls laughing, "I said "Ok, let's go and eat and have some beautiful chicken!l"

The pair both told First Up the experience has strengthened their marriage.

“There's that saying, 'Absence makes the heart grow fonder'. We don't say anything against the whole process that we went through, the hardship. Because it brings us back together in a stronger way and our love for each other, wife and husband is getting stronger,” Tofiga said.

Doctors said it will be another six months until Lilian fully recovers from the impact the virus has had on her body.

She is undergoing occupational therapy to regain the movement in her hands and arms.

But for now, both her and Tofiga are full of praise - for God and the health staff who took care of Lilian.

“It's just like angels that was around me. The whole time that I was in hospital. It was so amazing, their work - and I thank God for them, for their knowledge and their wisdom."

More than two months on since Tofiga and Lilian first felt symptoms of the coronavirus, these grandparents have only got one thing on their mind when the border finally opens..

“Yes that’s the main thing - is to see our granddaughter.” 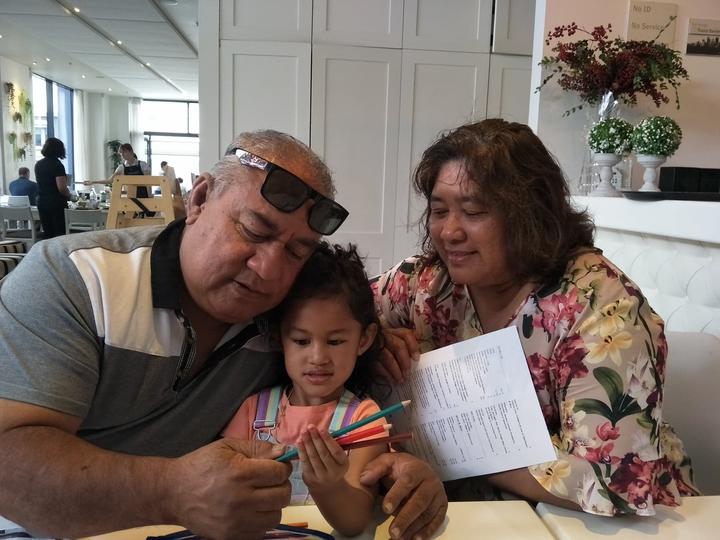 Tofiga and Lilian Su'a with their grandaughter Photo: supplied