A Queenstown chef who until recently made a living catering to high end, luxury visitors to the resort, is now selling fish and chips from his food truck as he tries to earn a living in a dramatically altered tourist market. 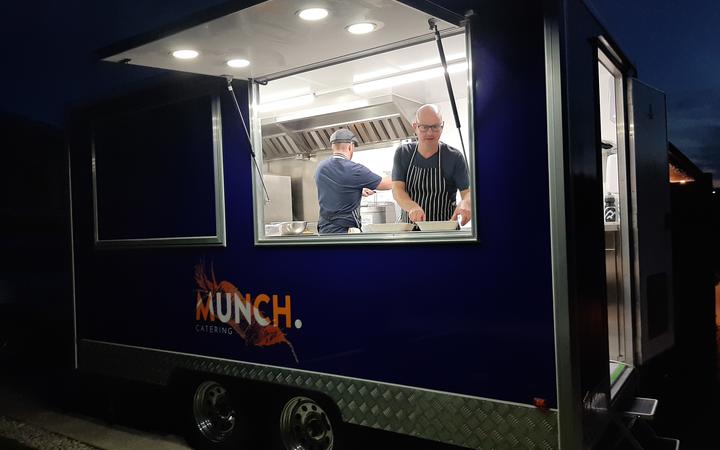 Despite the struggle to earn a living for his own family in a town with no virtually no tourists, Ben Batterbury is providing free food parcels to people in need in the community.

Batterbury said his motivation to help others in his community could be summed up easily:

"Like the others, we are swimming in poo creek, but we've still got a paddle, where as others I know don't.

"I know hospitality people and the stories you hear ... wow ... not good shall I say.

"I started talking to friends about how to help people out and decided to give away fish and chip parcels, 10 a week, to people in need. 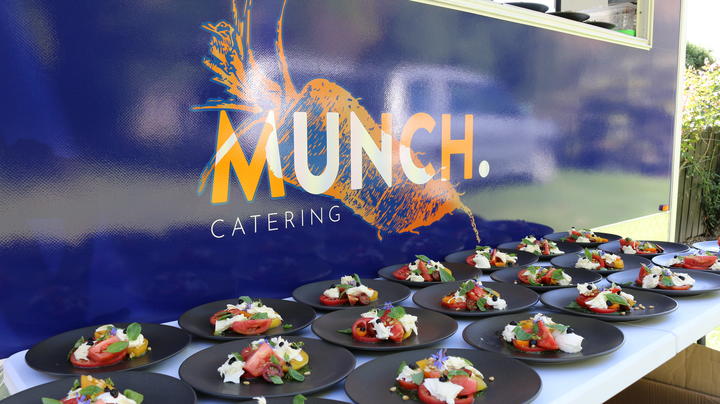 Batterbury, who owns and operates Munch Catering from his mobile kitchen that was purchased to cater events last year, has lived in Queenstown for the past 11 years.

Originally from Bristol, England, Batterbury met a New Zealander in Scotland who planned to run a hotel in Queenstown.

He flew in for a visit, liked it and two months later packed up his life in England to work at The Rees Hotel, where he worked for 10 years, leaving last year to set up his own business.

"As soon as it [the Covid-19 lockdown] kicked in we got all these emails coming in cancelling. The good news is most of them are Australian based and they've all agreed they'll come back at some point."

But in the meantime, like many other business owners who were reliant on international visitors, he is working hard to rebuild a business model with a new product and new market.

"The luxury side of things, within New Zealand, done by New Zealanders, is quite small. They're not the ones paying thousands a night to stay in a house. The ones [New Zealanders] that do come usually have their own house here."

Batterbury said he is determined to make his business work.

"Who knows what will happen in a few years. At the moment we're not doing great but we're okay."

Initially Batterbury served meals up from the food truck from his home but got moved on, which he said was "fair enough".

Now he is always on the look out for new venues in the area to base himself.

"My criteria is I try to find venues that aren't near other businesses to take their business. I wouldn't go and park in the middle of town, that's just unfair on all those restaurants with massive rents and that are way worse off than us. That's just my morals kicking in. So we're doing breweries and I'm in discussions with some subdivisions about doing a weekly pop-up."

Batterbury said there is a real cross-section of people who reach out for the free meals.

"There's people that we know they started a business last year, all their members lost their jobs, so they lost 70 percent of their members and had to go into liquidation, that's heartbreaking you know.

"We've had construction workers, hospitality people, chefs, you name it. English people, South American, it's been very varied. There's hardly any prospects for jobs for them.

"On the flip side of that I look at my previous employer [The Rees Hotel] they've kept all their staff and that's their way of supporting the community. I can't do that as a sole operator, so this is my way of giving back."

Batterbury said the support for his business has been amazing, with people he has worked for donating money to contribute to the giveaway meals.

"A guy came around the other day and said 'My missus just told me what you're doing' and he gave us $50 and some beers to help support what we're doing.

"These are the kind of people we need right now. Harbour Fish sponsored some fish to give in the free portions.