About 200 New Zealanders stranded in India since the outbreak of the Covid-19 pandemic finally return home today. 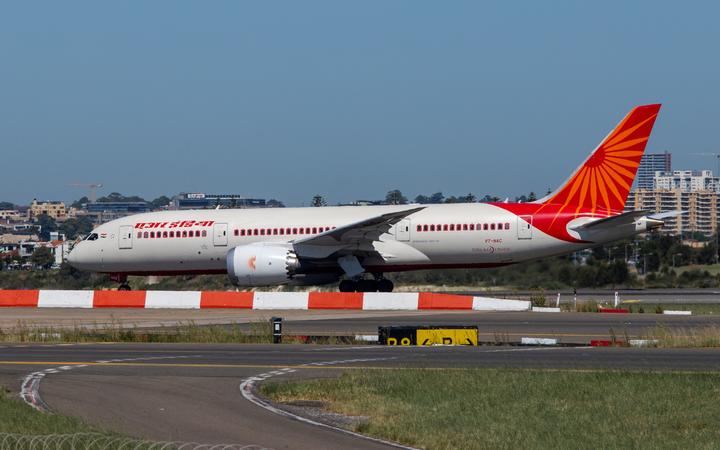 The Air India flight is one of several planned to bring citizens and visa holders to New Zealand. Photo: 123RF

The Air India flight lands in Auckland about midday, one of six planned for June to-and-from India subject to regulatory approvals.

The Ministry of Foreign Affairs and Trade said about 1700 New Zealand citizens, permanent residents and visa holders wanted a seat but citizens were given the priority.

A group of New Zealanders in India who missed out on a spot] have arranged a private self-funded charter flight with Singapore Airlines.

They say they just need the government's go-ahead but it is stonewalling them.

New Zealand permanent resident Deepu Sudha said the private charter was his only hope to get home to Christchurch.

"This is the only option for the south Indians and we are begging [the] New Zealand government to please give approval for this charter flight.

Ricky Singh, who is also stuck in India, said the group submitted a proposal for the flight to the government in the middle of May but still have not heard anything from them - despite repeated attempts to make contact.

"It is stressful ... it is an absolute nightmare," he said.

He said the group just wanted a 'yes' or 'no' from the government.

MFAT said it had not ruled out working with groups on private charter flights but was focusing on the Air India flights right now.

It said since April it has brought home 700 New Zealanders and their families from India on three chartered flights.

The High Commission of India said about 2000 Indians were stuck in New Zealand and wanted to make use of flights organised by the Indian government - but social distancing requirements meant not everyone would get a seat.