When you see or hear from Sarah Stuart-Black it's usually because there's been a disaster.

She's the woman seen wearing her navy-blue Civil Defence-embroidered jacket at press conferences, sometimes at Parliament, but more often than not out in the middle of whatever town or city is reeling from devastation. 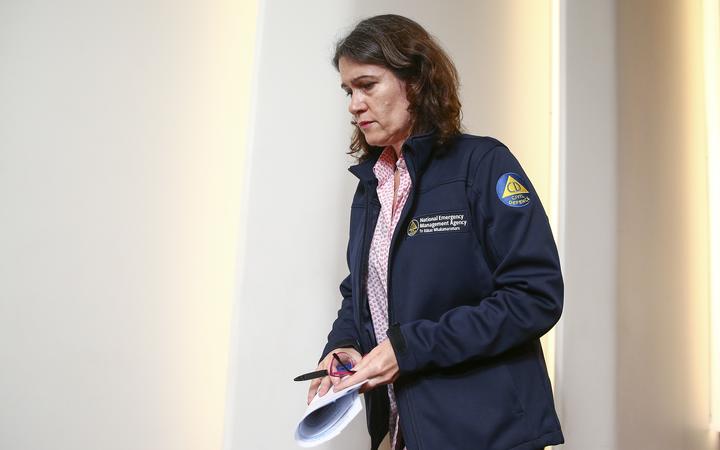 While most Civil Defence emergencies make people think of floods or earthquakes, Stuart-Black has also played a pivotal role in the response to the Covid-19 epidemic.

The Civil Defence director is a self-professed "hugger" and told RNZ the invisible nature of Covid-19 had made it difficult for people to respond to the national state of emergency.

"I'm a hugger - and that's been one of the greatest personal challenges with Covid, is not hugging people when this has been so challenging."

In the face of anxiety and trauma it's physical contact - the one thing that has been taken away from New Zealanders in recent months - that people crave most.

The role Civil Defence has played in communities in recent years, due to the number of disasters from floods to fires to earthquakes to the Whakaari/White Island eruption, is "really quite extraordinary", Stuart-Black says.

"I've been in this role for just over five years and I don't recall another period like it in terms of the frequency and severity of emergencies.''

She says flooding and severe weather are still the most common emergencies, but the variety of issues extend to tsunami, infrastructure failures, biosecurity, water contamination and public health issues.

"And, you know, one of the great costs we have of living in such a beautiful country is how it's geologically formed. So natural hazards are very real and high risk for us as part of our day to day life,'' she says.

"The risk from Covid or any other public health emergency can be quite different, and we're seeing the impacts socially and economically.

"And I think it is really hard for people that there's not a sign of houses that have been damaged or pipes that are broken, where you can't get in some way because the roads aren't operating, you know, those are the things we naturally have associated in New Zealand with emergencies, and this is quite different."

Stuart-Black says the response to Covid-19 has flipped the Civil Defence emergency system on its head.

"The way the function of welfare services is often about providing welfare to those that are dislocated from their homes. Now, in effect, we've completely turned that on its head, we have the situation in level 3 and level 4, where people had to remain at home.'' 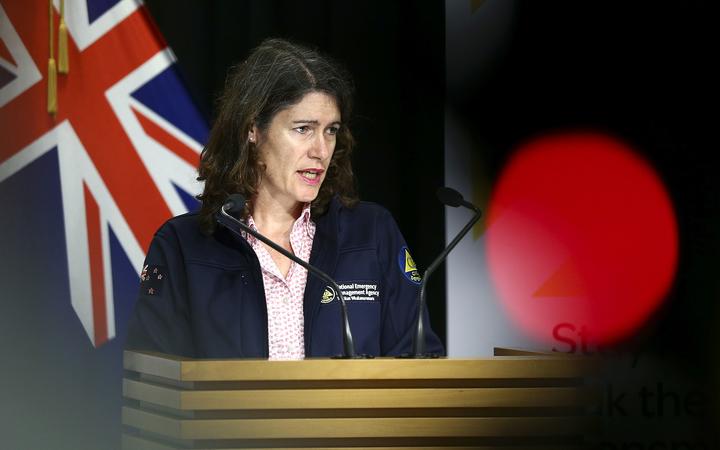 There are plenty of examples - both here in New Zealand with Health Minister David Clark being demoted by the Prime Minister for his lockdown rule-breaking - and overseas where officials and politicians have slipped up.

Stuart-Black says she had people come up to her in the street and at the supermarket and often they seem surprised she's out and about.

"I had somebody say to me as I was putting the groceries in the back of the car, and they came up and just had a bit of a chat and they said, 'oh you're at the supermarket' and I said 'well, I'm just like everyone else, I've still got to do the supermarket shopping and come on my own to be able to get the weekly shop and stand in the queue in the delightful Wellington weather just like everybody else'.

"And that's part of it - it's not that it's one rule for everyone else and something different for those involved in the response. In fact, it's all of us and we've all got to be doing our part,'' she said.

The toll of disasters

For Civil Defence, it's often a case of juggling multiple emergencies at the same time, and often the people in those communities have one disaster after another. 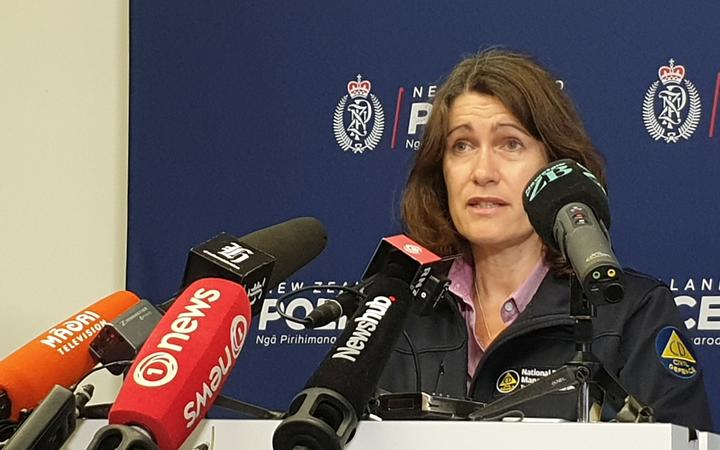 Stuart-Black says in the case of the Kaikōura earthquake, those same communities have also been dealing with droughts and floods and some were also hit with rural fires and Mycoplasma Bovis.

She says the cumulative effect of this is huge and without support it wears people down.

"We provide that support in some of the worst times for New Zealand.

"We've had a huge loss of life in recent times, and I think that impact is not just on people's homes or livelihoods, but actually loss of life is devastating.''

Asked how she deals with being the constant bearer of bad news for the public, Stuart-Black says she takes the responsibility seriously.

"I can tell when I've been in the media a lot when people come up and chat and want to ask questions and that's good that they feel that they can, because often it's not that I'm bringing great news, it is often about an emergency.''

She says the job comes with responsibility but also a level of "personal sacrifice''.

"You know, I have two young daughters and as they've gotten older - they're ten and eight - they've had an understanding about my role and what I do.

"It was harder when they were younger, in the sense that they didn't understand why I was taking calls in the middle of the night or suddenly got on a plane to go somewhere where there had been an emergency.''

Stuart-Black says she tries to expose her children to her job, including taking them to Edgecumbe in the aftermath of the flooding there.

"And it was wonderful to see the reaction, which was completely honest, and without any kind of filter, but was just so reassuring to me the sense of when we drove through Edgecumbe, the reflection of 'but none of these families will have been able to have taken anything with them, and if there were children there they would have lost all their toys and the books and their clothes'."

Their response was to ask what they could do to help, and Stuart-Black says the importance she puts on integrity in her own work has passed onto them.

"They've already picked up through whether it's osmosis, or whatever it might be, but that sense of why it's important and why it means sacrifices are needed for us as a family. But that when I go home, I can still read the stories at night-time and we can still hang out at the weekends.''

Part of that approach to the job is her own background in nursing, which she says gave her skills in forming relationships, putting people at ease, and advocating for people. 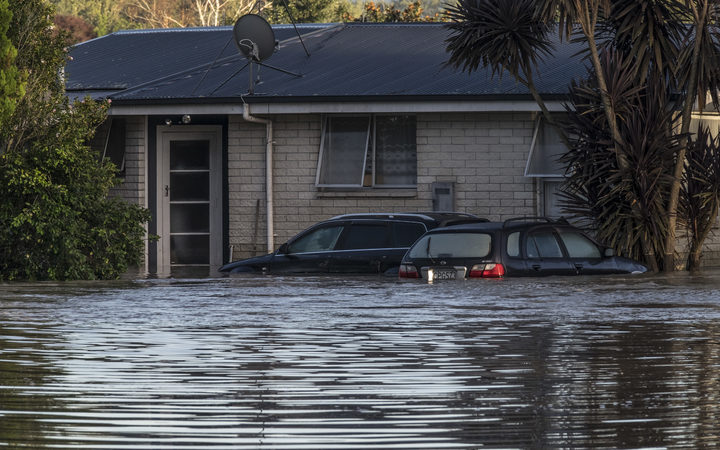 A property in Edgecumbe after the river Rangataiki breached a stopbank and flooded the majority of the town causing the evacuation of 1600 residents in April 2017. Photo: RNZ/ Brad White

"It does help to perhaps prepare you for a role like this. For me, you know, because of that background, it's been a natural thing of people being at the heart of this role as much as it's been in every other role I've had," Stuart-Black says.

"But I also think that being organised, being able to prioritise, and my whole approach with working with the media has been about trying to make sure that I talk in interviews in a way that I want it to resonate.

"As if I'm talking to somebody over the neighborhood fence, or that you're catching up with somebody you haven't seen for a long time, and they say 'oh, how does that work' and you want it to be feeling both familiar and reassuring. But equally, being honest when things are not going to be easy or there are difficult choices to be made.

"And I think some of that skill set has naturally come from that nursing background."

Before Covid-19 the biggest devastation facing the country was the aftermath of the Whakaari/White Island eruption in December that killed 21 people.

Stuart-Black describes that whole emergency as "devastating'' for the country, for Whakatāne and for all those families who lost people.

"It was absolutely horrendous and devastating.''

But even so, finding a job with less horror and heartache isn't on the radar anytime soon.

"It is being the bearer of bad news, it's the fact that these emergencies are happening with such frequency.''

For now, Stuart-Black says she still loves the job but it won't be the only thing she ever does and at some point it will be time for new leadership.