Many of us see their faces or hear their voices daily as they lead the country during the fight against Covid-19, a virus that has infected more than 750,000 people around the world - including 647 in New Zealand. 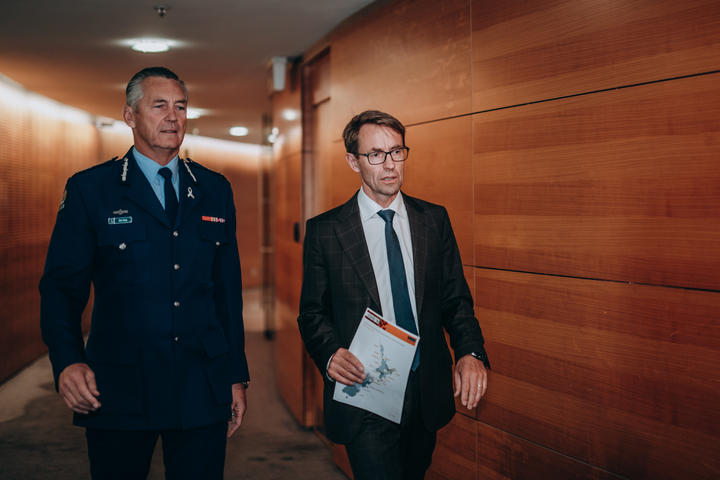 Here's what we know about the people who have joined key politicians to become the faces of Aotearoa's Covid-19 response.

On Saturday, when Director-General of Health Dr Ashley Bloomfield took a day off, people on social media celebrated, and with good reason. In little over two months, Bloomfield has fronted at least 40 press conferences related to Covid-19 and won the hearts of many New Zealanders. There's even a Twitter fan account dedicated to the public health crusader, father of three, and mountain biking enthusiast.

In June 2018, after accountant Chai Chuah resigned from the director-general of health role, amid controversy over an $18 million budget blowout for the cost of refitting the Health Ministry's Wellington headquarters, Bloomfield took on the top job. He earns $528,000.

Bloomfield graduated from the University of Auckland's school of medicine in 1990, and spent several years as a clinician (he still holds a current practising certificate). He then trained in public health, concentrating on non-communicable diseases (non-contagious conditions like autoimmune diseases, Alzheimer's, cancers and most heart diseases), and spent 2011 working on the topic at a global level at the World Health Organisation headquarters in Geneva.

Prior to becoming arguably New Zealand's most beloved public servant, Bloomfield led the Hutt Valley District Health Board for almost three years, then stepped in as acting boss for Capital & Coast DHB. 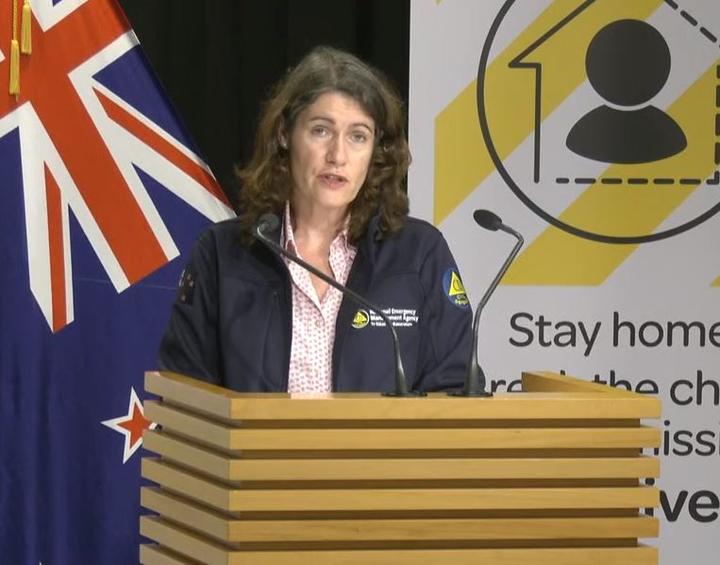 "Hats off to Sarah Stuart-Black (Norm) who in the last few years has dealt with earthquakes, floods, fires, tragedies, and now Covid-19. What a champion," RNZ political reporter Jo Moir tweeted this week.

Stuart-Black - often referred to by her nickname 'Norm' (a reference to her family name Norman) - has been the director of Civil Defence and Emergency Management since December 2014. In the role, she's led the Civil Defence response to, amongst other things, the 2016 Kaikōura earthquake, the 2017 Port Hills fires, last year's Christchurch mosque attacks and Whakaari / White Island eruption and the recent floods that saw parts of Southland grind to a halt.

Stuart-Black has been with Civil Defence (which is officially called the National Emergency Management Agency Te Rākau Whakamarumaru) since 2003. She was a member of the United Nations Disaster Assessment and Coordination Team for nine years and has worked in England, Ethiopia, Niue and the Solomon Islands. She has a Bachelor of Science in Development and Health in Disaster Management with Honours and a Masters by Research in Disaster Management and she is a registered comprehensive nurse by training. She has published papers in international journals, and has co-edited three books, including Health Emergency Planning: a handbook for practitioners, with her husband Jim. 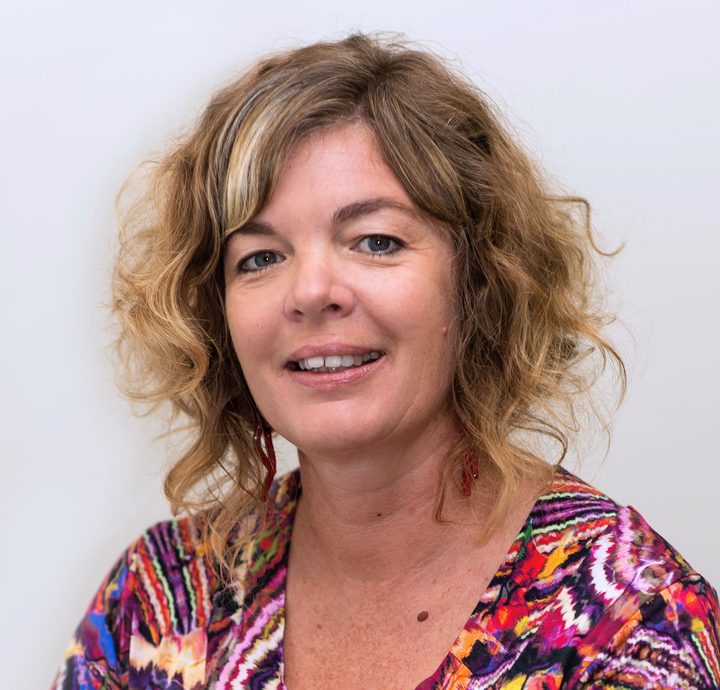 The country's strict lockdown bubble rules apply to all New Zealanders, and the Prime Minister's Chief Science Advisor Juliet Gerrard is no exception. She's spending the isolation period at home, away from her partner and his children.

As well as being Chief Science Advisor, Gerrard is a professor at the University of Auckland. Her academic research is in protein biochemistry, investigating protein-protein interactions and applied research in the food industry.

Gerrard has a PhD in chemistry with biochemistry from England's Oxford University. She moved to New Zealand more than 20 years ago to work as a scientist at Crop and Food Research. She has also held roles at Canterbury University, Callaghan Innovation, The Royal Society of New Zealand, and was the director of Crown research institute Plant and Food Research for five years. She moved to Auckland University in 2014 and founded biotechnology company Hi-aspect in 2015.

When Gerrard became chief science advisor she said she hoped she'd be able to inspire more women to pursue careers in science. 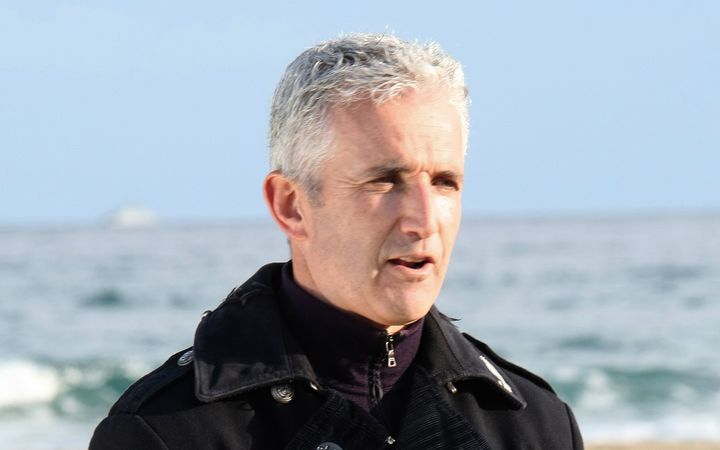 Last Thursday, the prime minister announced prominent businessman Rob Fyfe would work alongside Police Commissioner Mike Bush to liaise with the private sector in response to Covid-19. The job entails working with private businesses to provide the things needed for New Zealand to respond to the Covid-19 pandemic - such as masks, gowns and other protective equipment for healthcare workers.

Fyfe, 58, is possibly best known as the former CEO of Air New Zealand. Under his watch, between 2005 and 2012, the airline started its sometimes zany, sometimes creepy, often agonising in-flight safety videos, and changed the aircrafts' distinctive teal and blue branding to black and white. In 2009, he apologised to the family of the 257 Erebus crash victims on behalf of Air New Zealand.

Fyfe has also held board positions at clothing manufacturer Icebreaker, and government institute Antarctica New Zealand. In 2018, he ruffled feathers when it was revealed his wife, former New Zealand's Next Top Model host Sara Tetro, was flown to Scott Base in 2016 by the taxpayer funded organisation "to advise on a celebration for the 60th anniversary of Scott Base."

He is currently working as an independent advisor to Minister Andrew Little on the Pike River re-entry and recovery project, and is a director of multiple companies, including Air Canada and Michael Hill. 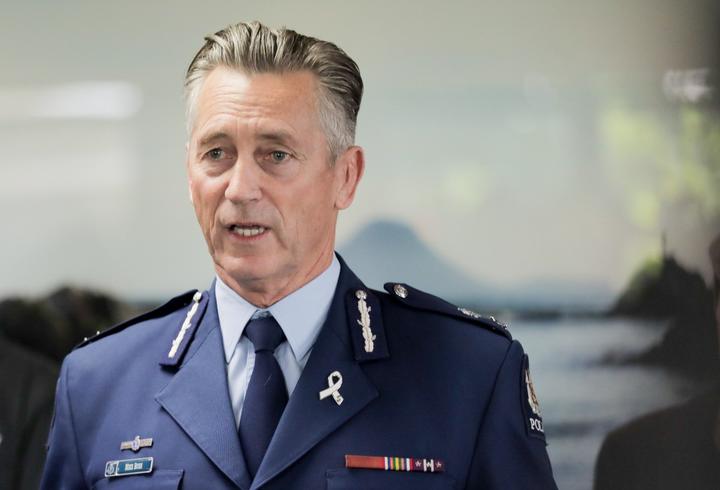 Mike Bush has held the role of police commissioner since February 2014, but has been a member of the force since starting as a constable in Rotorua in 1978.

Before taking on the role, which last year saw him earn a salary of $709,000, Bush was deputy commissioner: operations. In this job, he was responsible for the Policing Excellence Programme which saw police shift the emphasis away from being reactive and offender focused, to being proactive, prevention and victim focused. Before that, Bush was the district commander for Counties Manukau and was previously the head of the New Zealand's Interpol bureau.

Bush held the role of liaison officer for South East Asia, based in Bangkok when, on Boxing Day 2004, a tsunami devastated parts of Indonesia, Sri Lanka, India, and Thailand, He was the first New Zealand official on the scene in Phuket and coordinated initial assistance on the ground, which earned him an M.N.Z.M.

Bush and his wife Vicki have one daughter. 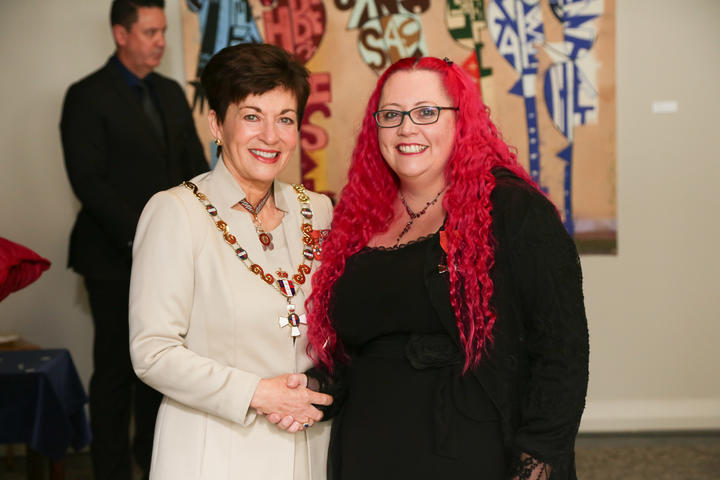 Though not an official member of New Zealand's response team, microbiologist and science communicator Siouxsie Wiles has been indispensable during the Covid-19 pandemic.

"Not quite sure where to start today. There's more covid-19 stuff to write, this week's lectures to prepare, and all my lab and students to catch up with. Might start with breakfast and writing a list," she tweeted on Monday morning.

Since covid-19 began to spread, Wiles has spoken to the media, tweeted, vlogged and blogged about the virus. Her 'flatten the curve' and 'stop the spread' collaborations with cartoonist Toby Morris are featured on the covid-19 Wikipedia page. She's even personally called people's misbehaving over-70-year-old loved ones to speak to them about the seriousness of the situation.

British-born Wiles studied medical microbiology at the University of Edinburgh and graduated in 1997. She completed her PhD at the Centre for Ecology and Hydrology in Oxfordshire before heading to Imperial College London for a post-doctoral research position on tuberculosis. She moved to the University of Auckland in 2009, where she set up, and is head of the Bioluminescent Superbugs Lab. She uses bioluminescence to aid in her study of infectious disease.

In 2013, Wiles won the Prime Minister's Prize for Science Media Communication - much of which she does in her spare time, saying: "I love to enthuse about science, but I also believe our profession has a responsibility to be approachable and explain things to the public in a jargon-free way.

"It's also important because many New Zealand researchers get taxpayer funding to carry out their research. If we want to continue being funded, it's vital that we tell the public what we are doing and why it is important."

Wiles has a daughter, Eve, who appears with her on their kids TV show Siouxsie and Eve Investigate.