The owner of a cow that pulled an audacious Houdini act to escape a trip to a Southland abbatoir is asking for the public's help to get her back. 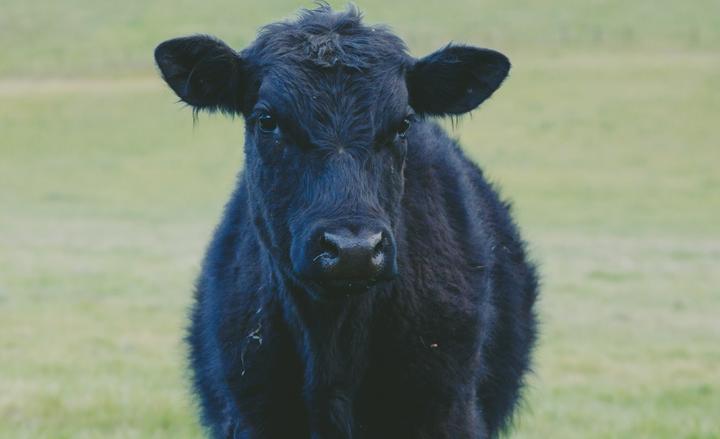 Stock agent Terry Cairns put an ad in the Southland Times seeking sightings of a "solid black Heifer" described as being "mildly agitated".

"Her mates that I sold were $800 each, so while it's not a fortune, it's significant and it's a hell lot of steak and hamburgers and stuff gone west if I can't find her."

He told Morning Report she was in a secure pen in a sale yard when she bolted.

"I've been selling cattle there for 40 years ... and this is the first one I've ever lost. Somehow she broke a rail, got down on her knees, climbed out under and escaped under a loading ramp, and headed south. Last seen heading for some paddocks with other cattle in."

"It was a real George Wilder act, it was a pretty good escape."

While she did not have big frame and was a bit short-legged, she still managed to jump a couple of gates, Cairns said.

"She disappeared and God knows where she is, because I've been all around in the vicinity, down the railway line, and I haven't seen nor heard from her."

Cairns had her for 10 months, and said he had not known her for mischievous antics before.

"But something stirred her up, she went right off and left us."

If the heifer did return she would "probably eventually" meet her demise, he said.

"I'm not going to be exuding great amounts of affection [if she returns], I can guarantee that.

"The one thing I'll do is bring her home if I find her and leave her in the paddock to settle down, and she can rest and recuperate from her adventures and I'll think about what I'll do with her next time around."

Cairns said he would likely wait a month for her to calm down before sending her for the chop, because meat from an agitated cow would be like "chewing on an old boot".

Asked whether he thought she would be returned if people found out her fate, he said most of those around him were "practical and pragmatic people with land".