A burst sewage pipe has resulted in the closure of Victoria St in central Wellington. 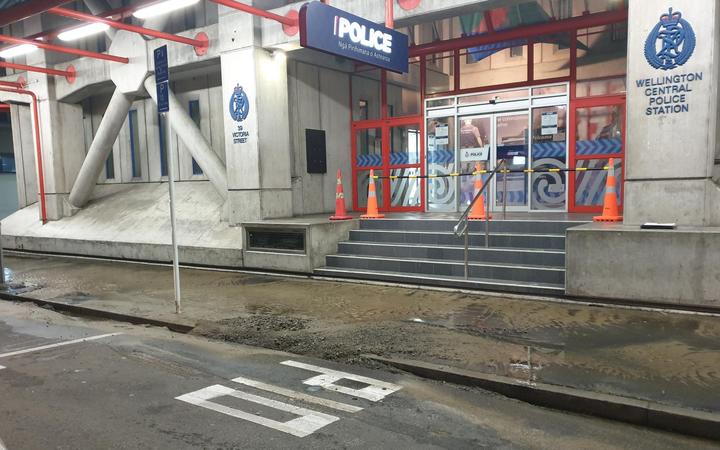 Sewage leaks onto the road outside the Police Station in central Wellington. Photo: RNZ / Charlotte Cook

Police have asked the public to avoid the area.

Anyone needing to visit Wellington central police station is urged to call 105 or 111.

A small amount of sewage has flowed into the Wellington harbour this evening after a sewage main burst.

Wellington Water spokesman Alex van Paassen said it was not yet known how big the spill was, but said some sewage did overflow into the harbour for a short time after the pipe burst before 6pm.

He said it had been contained, and sucker trucks were on site to manage the flow of sewage.

Repairs will begin tomorrow morning, but it was unclear what the scale of the job would be, he said.

No one is without flushing toilets, he said.

It comes after the capital had to deal with months of disruption following a major sewerage pipe caving in just days before Christmas at the corner of Willis and Dixon streets.

It took engineers from Germany who left their families in the midst of a global pandemic and flew halfway around the world to help fix some broken sewer pipes.