Engineers from Germany who left their families in the midst of a global pandemic and flew halfway around the world to help fix some broken sewer pipes are being hailed as heroes. 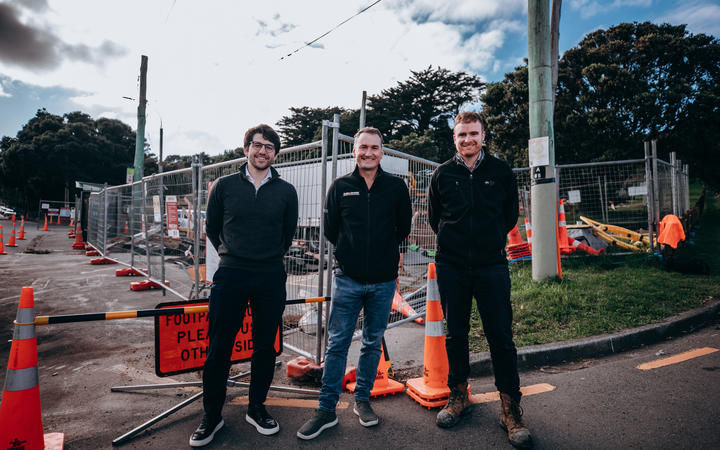 The specialists were called in after the pipes failed in January, forcing "turd taxis" to make 150 round trips a day around Wellington's picturesque south coast, hauling stinking human waste from Moa Point to the dump at a cost of about $500,000 a week.

Max Vollenbroich from German engineering firm Amex-Sanivar is part of a team of five who flew here last month, spending two weeks in quarantine before getting started.

He said it has been hard being separated from his wife and two young children, but New Zealand seemed like a good place to ride out the pandemic.

"The way we looked at it was more like 'we're not really safe anywhere since this a global pandemic'.

He was impressed by the government's approach to fighting the virus.

"I didn't think this is more risky than staying at home."

His firm manufactures the polyester liner which has been pulled through 1.8km of the pipeline to repair it - a world-record length for a repair of this type.

It is also the first time this kind of job has been done in Australasia.

It is incredibly technically difficult work at the best of times, let alone under the strict physical distancing rules of lockdown.

"It was a very unique experience, we had to work very closely on [the site] it was a bit more difficult.

"For example, to do a heavy lift you are supposed to lift with two guys you can't really keep two metres of distance easily." 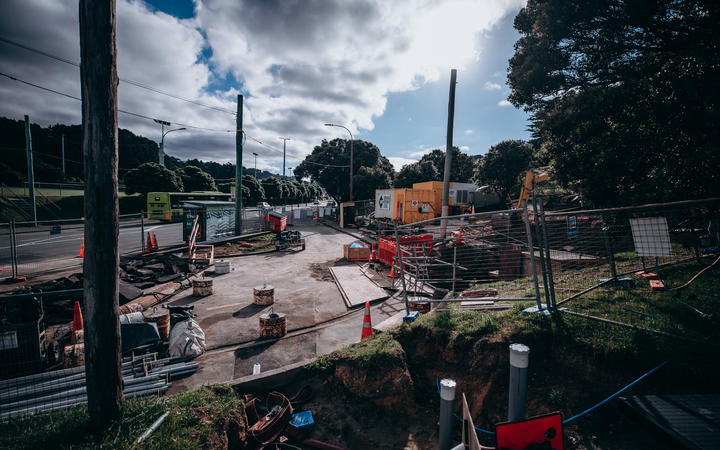 The polyester liner had been pulled through 1.8km of the pipeline to repair it. Photo: RNZ /Dom Thomas

On top of complications from Covid-19 they also got flooded out, and battled seepage problems from a huge sewer pipe above the tunnel, but still managed to get the job done ahead of schedule.

Most of the work has been done by local contractors.

Daniel Doyle from Brian Perry Civil, who is in charge of the overall project, says it has been a challenging time.

"Two weeks into the job I had a new baby come along, our first born.

"So, as well as being probably the busiest I have ever been in my career my personal life was pretty busy as well, in the middle of a lockdown.

The Germans finished their part yesterday and are heading home on Saturday.

But Vollenbroich says he'll be back.

"Especially Wellington as a city.

"I promised my wife when all of this is over we want to make a trip and travel around and ... see the country a bit more."

Wellington Mayor Andy Foster said the city was incredibly grateful to the international team who came despite not knowing when they could get home because of international travel restrictions.

"It is that sort of low-key unsung heroism.

"We are putting on a little wee function for them ... just to say 'thank you' because [what they did] is something quite special at a really unprecedented time."

Foster also thanked the New Zealand team for their work, and locals for putting up with the noise and smell of the work and the trucks transporting the waste.

The second pipe is expected to be in operation in a week with the whole project set to be wrapped up in early July.