All eight of Rotorua's bids for 'shovel-ready' projects have beaten 1098 other applications to reach a 'long shortlist' of 802. 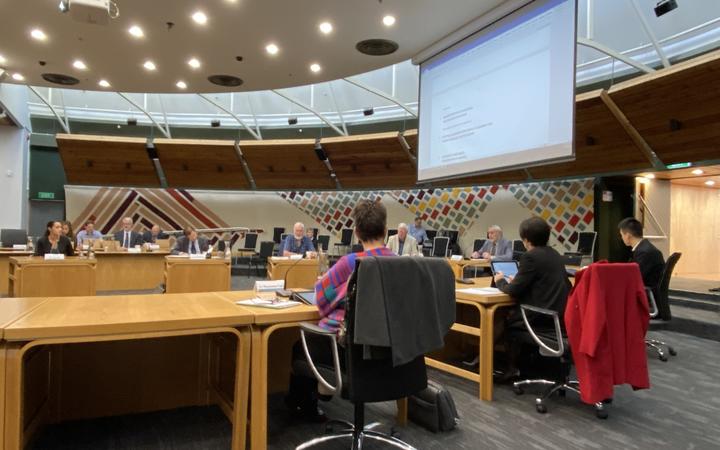 An update on the progression of funding bids for 'shovel-ready' projects was given at a Rotorua Lakes Council meeting. Photo: Felix Desmarais / LDR

Funding for water pipes, roads, and ports are just a few of the more than 1800 project submissions vying for the cash.

An update on the progression of the applications - worth a total of $210 million - was given at a Rotorua Lakes Council meeting on Thursday.

Council strategy manager Jean-Paul Gaston said the council had made the "long shortlist" for all projects submitted.

"[The] government has advised us last week that our seven, and the additional eighth project - which was the one submitted by [Te Puni Kōkiri], which we supported for Kaingaroa Village - was also through in that last 802 projects."

He said the council had been "very clear" to make sure the submitted projects complied with the criteria set out by Crown Infrastructure Partners.

"It was really valuable that we had had a number of projects that were underway prior to Covid that we could look back towards and say 'these would support the district's recovery' as well as addressing other issues that we already had."

Gaston understood Crown Infrastructure Partners had been "quite overwhelmed" with the number of applications, which was "well over 1900".

Since mid-April, there had been requests for additional information on Rotorua's seven submitted projects, which Gaston said was "just to provide some additional clarity".

Gaston said the council had been asked if any of the submitted projects would benefit from Resource Management Act fast-tracking, and the council's answer had been that it would not.

"Most of our projects have been based on relationships, particularly with our iwi partners, that have been developed … over a number of years.

"We felt that it was appropriate to maintain the current levels of discussions and [didn't] see the need to fast-track any of those processes."

Mayor Steve Chadwick congratulated council staff on getting the applications in.

"That does show we've got some skin in the game here with success over our funding to date."

She also suggested councillors pass on any ideas on recovery projects from the public to Rotorua Economic Development's Covid-19 economic recovery steering group.

"We're swamping them. Emails, messages, poking on Facebook. They're their ideas they want to have considered. There's great enthusiasm … to think outside of the square."

Lakefront redevelopment also up for discussion

The meeting also provided an update on the lakefront redevelopment, with sport, recreation and environment manager Rob Pitkethley leading the staff presentation.

Construction on the lakefront was in stages, beginning with stage one in October 2019. Stage two began in December 2019, and stage three was expected to begin in November this year.

Stage one related mostly to the lake edge, while stage two was focused on the playground area to the west.

There were "quite a lot of services" under that area, including sewerage, stormwater and water supply.

Pitkethley said the main things that had been found were a beer bottle, pipes from the late 1800s and a hot spring.

The spring was about 70C and was near a planned sewer manhole.

"Unfortunately 70 degrees is not very good for concrete … so we've had to get some of the equipment modified, as to what we were going to put in there."

A diversion had to be created for the water from the spring, which needed to be cleaned, pumped and discharged back into the lake.

Pitkethley said there were currently about 40 fulltime equivalent workers on the two sites, with another 15 to 20 as work progressed.

Councillor Merepeka Raukawa-Tait asked where she could have "a glass of sauvignon blanc at brunch on a Sunday", a question which appeared to amuse Chadwick and some other councillors.

Raukawa-Tait said she had been asked where commercial offerings would be available by some members of the public.

"People say to me, where can we have a nice glass of wine on the lakefront?"

Chadwick said people forgot about Sulphur Point - "you're able to park down there and have your cup of tea".

Pitkethley said concepts were being finalised for the "commercial investment footprint" and there would be cafe and restaurant offerings at the renewed lakefront.

The meeting also saw the council approve new terms and conditions for the Pukuatua St parking building, in order to bring it in line with council agency i-Park taking over management of the building from 8 June.