It's hoped New Zealand efforts to flatten the Covid-19 curve will translate into a milder flu season this winter. 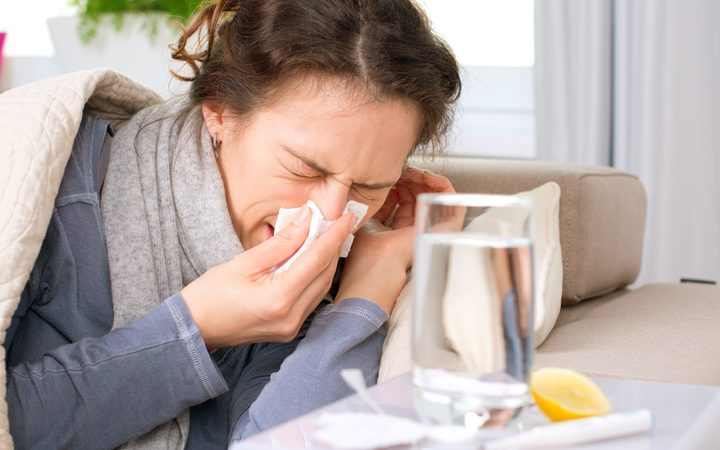 But experts warn, unlike the coronavirus, influenza is already present and cannot be eliminated from the community.

Instead, they say good hygiene practices and immunisation are still the most effective ways of stopping the spread of flu this season.

So far this year ESR testing and surveys like the Flu Tracker are showing much lower rates of flu in the community.

But Dr Jennings said, like Covid, influenza was very good at spreading between people, through things like speaking and singing.

"When we develop symptoms and when we cough and sneeze it's very readily transmitted from person to person. So, for this reason, it can enter communities and a number of people can be exposed ... and you get these explosive outbreaks of influenza-like illness occurring," he said.

Jennings said there were aspects of flu which were still not understood, and the only thing to expect from flu was, the unexpected.

"It can spread widely at a very low level in the country and then with a seasonal change or other factors that occur, suddenly start causing outbreaks in multiple centres at the same time."

Auckland University Immunisation Advisory Centre director Nikki Turner said unlike Covid 19, influenza was always present in the community, and it surged in winter.

Even still, Dr Turner was hopeful the measures introduced to stamp out Covid will reduce the spread and severity of flu through the community in the coming months.

ESR is responsible for coordinating the country's influenza surveillance.

It said the Covid response had heavily impacted its ability to collect information about influenza-like illnesses in the community.

Part of its surveillance involves getting samples and information from family doctors. But because of Covid, it is only now starting to recruit GPs to do that.

Jennings said with the focus on Covid, unlike previous years no one is certain how much influenza is out in the community at the moment.

"The laboratory testing focus is on Sars coronavirus type two identification at the present time, so the level of testing of other respiratory viruses including influenza A and B is substantially reduced," he said.

But the Covid outbreak has resulted in an unprecedented demand for flu vaccine, so much so, the ministry has had to order extra flu vaccine from the Northern Hemisphere.

Turner said one of the strains in the Northern Hemisphere vaccine wasn't a good match for New Zealand, two were identical and the thrid was expected to have good cover.

"The advantage for New Zealand currently is the one strain that is a poor strain, we are not actually seeing much circulation of that strain in New Zealand at all at the moment. So unless the flu changes quite a lot through the winter season, at this point in time this vaccine should have pretty reasonable effectiveness."