A sign in an Auckland cafe asking staff members to speak only English has been removed after it sparked debate when posted on social media. 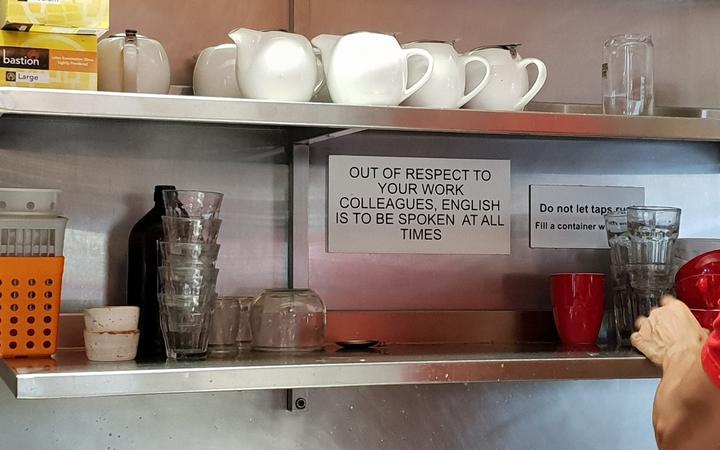 The sign on display next to shelved cups behind the counter at Circus Circus in Mt Eden, said: "out of respect to your work colleagues, English is to be spoken at all times".

Louisa Tipene Opetaia, who had visited the cafe before, said she was shocked when she saw the image and would rather spend her time and money on businesses that encouraged multilingualism.

"Obviously it's their business and they can run it how they want, but personally I wouldn't want to go there and give them my business because I feel that they have such a narrow view of the world and how people communicate," she said.

"I feel like he should value the people that work for him that come from different countries and that includes valuing the languages they speak."

Cafe general manager Nixon Sherchan said the sign has been put up after he received complaints from some staff that they did not understand their colleagues.

He said staff came from India, China, Bangladesh and New Zealand, while he himself came from Nepal.

"They are entitled to speak their own language on break or after work. As long as they're working on the premises with people from different countries, I'd like them to speak English... it's not fair for someone else not to understand their colleague," he said. 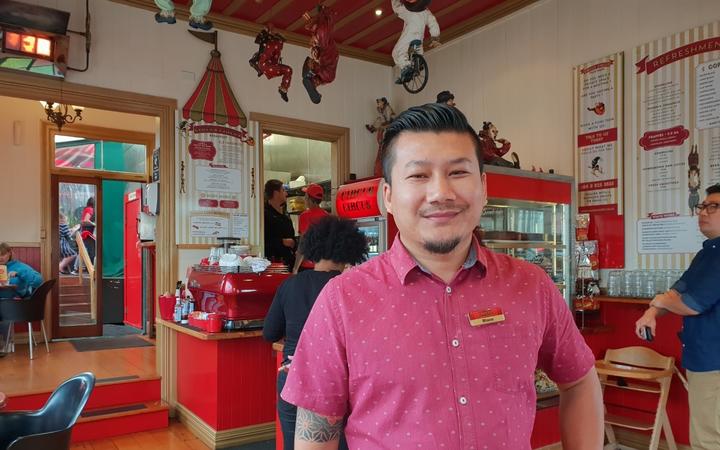 "We need to have a same language to speak and communicate to each other, so what I wrote there is a guide out of respect for everyone working alongside you - you need to speak the same language at work."

"We run a busy commercial kitchen, and everyone communicating in a common language is safe and efficient practice. We are aware that this has caused concern and we have removed the sign."

Another post said: "Doesn't bother me ... staff speaking amongst themselves in various languages excludes most people as they will not be speaking in language common to all.

Guidelines issued by the Human Rights Commission say the right to use one's own language is a recognised human right. The guidelines also say companies need good communication to work safely and productively and urges companies to discuss solutions with staff if issues arise.

Race relations commissioner Meng Foon said the right to speak one's own language was important in New Zealand but it was essential that messages regarding health and safety and emergencies were expressed in a language everyone knows.

"The Human Rights Commission, the Bill of Rights and the charter of the Human Rights allow freedom of expression not to be discriminated against culture, ethnicity and religion, and language is part of that.

"The freedom of speaking our own language is very important, which - one of these - we hold very dearly in New Zealand."

Foon said it was better for the cafe to have some staff training instead of such a sign in the public.