A man who ran a meth-importation ring from behind bars - involving nearly $300,000 of the drug - has been jailed for six and a-half years. 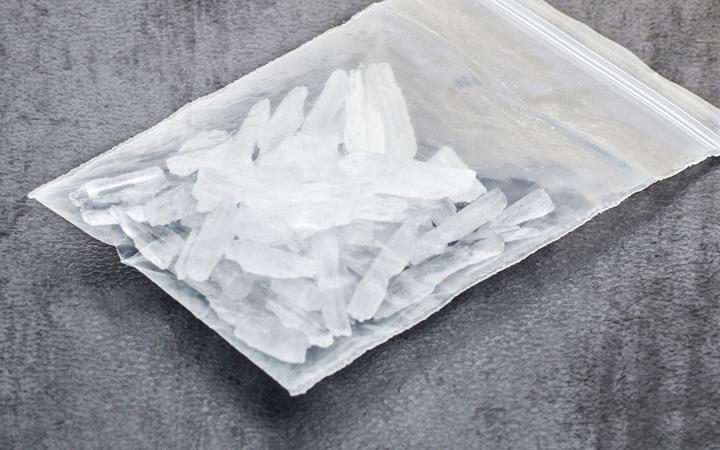 Lucas Padget, 33, appeared in Dunedin District Court this week after pleading guilty to two counts of importing the class A substance and one of conspiring to do so.

The hearing brought to an end a near three-year saga, which included the man's then partner, Ashlee Tania Papara, 32, and their friend, Klara Ripeka Dixon-Grant, 43.

In September 2018, the two women were each jailed for seven years for their part in the enterprise, which continued without Padget and included 1kg of methamphetamine, with a street value of nearly $1million.

For some time, the drug was commonly manufactured in clandestine laboratories within New Zealand, but court documents noted police had seen a departure from that.

More recently, meth was coming into the country from overseas, purchased through the internet.

Padget and Papara travelled to Dunedin from Nelson in April 2017, where they met Dixon-Grant.

The man told them he had a contact in Vietnam who could send methamphetamine and arranged for his new friend to wire nearly $10,000 to accounts in Ho Chi Minh City.

In May, while the illicit substance was on its way, Padget was arrested on other matters and was remanded in custody.

But his incarceration was not enough to stop the drug trafficking.

The following month, in a recorded phone call from prison, Padget gave the women permission to "team up" in his absence and discussed how one package had been intercepted by authorities.

One hundred grams made it through.

Using the same method, the women organised another consignment.

On 23 June, the court heard, Padget spoke to Dixon-Grant and told her to be patient about the amount of time it took for the goods to arrive.

And he was right.

Dixon-Grant, as instructed, put money into Padget's bank account and that of his mother.

With the overseas contacts and the instructions about how to transfer money abroad, the women no longer needed Padget - and they cut him loose.

In August, nearly 300 grams of methamphetamine was bound for a Corstorphine address, concealed in a box of men's ties and pocket handkerchiefs.

But Customs now had wind of the group's dealings.

Again in September, a package - this time 172 grams hidden in wooden figurines - was intercepted before making it to its intended destination in the rural Tasman district.

Despite the setbacks, Papara and Dixon-Grant directed further consignments to Dunedin and had more luck, collecting nearly $300,000 of the drug.

But their fortune was short-lived.

On 7 December 2017, the women drove to the Dunedin central police station for an unrelated matter.

A search warrant was executed on their arrival and officers scoured their car, turning up smaller quantities of meth divided into snap-lock bags.

The Parole Board heard Dixon-Grant and Papara, who were using the drug at the time, had undergone addiction treatment side by side while they served their sentences at Christchurch Women's Prison.

But they had different results when it came to early release.

Dixon-Grant will be released on parole next week while Papara will see the board again in July.

The latter said she had "built up her self-esteem and assertive communication skills as well as having a new knowledge of consequential thinking" and planned to become involved in sport and kapa haka once released.

Judge Michael Turner called it an "unsophisticated operation" but one that could not have occurred without Padget's initial lead role.

While he acknowledged the defendant's addiction played a role in the importation beginning, it could not have motivated his offending while locked up.

Padget told Probation he had wanted to provide financial security for his family.

A report said the man felt abandoned by his parents and had started smoking cannabis at the age of 10.

In his teens he moved on to drinking, gang involvement, meth use and also developed a gambling habit, the court heard.