Nelson-Tasman's emergency operations base - opened in 2014 - is already too small. 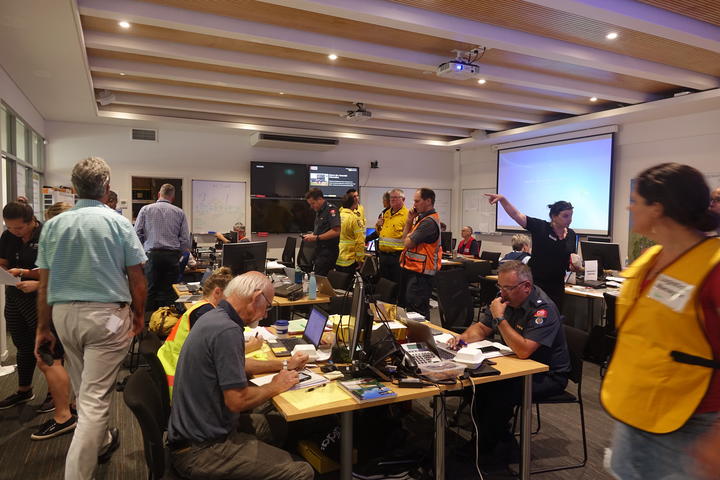 The $2.2 million centre in Richmond, which was funded by the Nelson and Tasman councils was built to withstand large earthquakes and severe flooding.

Talks have been underway about possible expansion, or development of a new centre after the lack of space was recognised as a major constraint during last year's response to the Pigeon Valley wildfires.

The centre's manager, Joe Kennedy, said the number and intensity of natural events have outpaced them since the centre was opened.

"Largely the decision then was to get a facility that was suitable for most of our events, most of the time. However, since that time the number and intensity of events has increased quite considerably."

Since it was opened Nelson has experienced the magnitude 7.8 earthquake in Kaikōura and associated tsunami threat to coastal areas of Tasman Bay, two large and damaging tropical cyclones that struck within two weeks of each other and the country's largest wildfire in half a century. 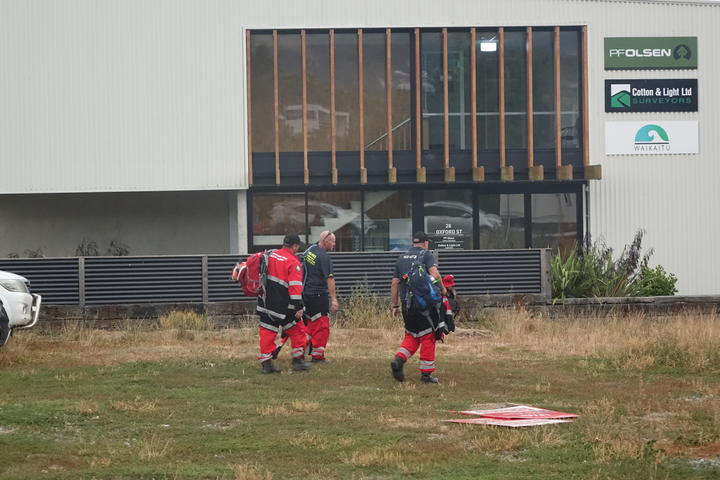 Emergency responders on their way in to the Nelson-Tasman Emergency Operations Centre in Richmond. Photo: RNZ / Tracy Neal

The base in Richmond was currently the nerve centre for the region's response to Covid-19, which had thrown up further questions about its use.

Kennedy could not recall if response to a pandemic was included in the centre's design.

"I've got a visual in my mind of a big risk assessment matrix we did and we took into account height above sea level, accessibility, proximity to partner agencies and workforce."

He said the decision was made with ratepayers in mind to go with a facility that suited most requirements at any given time.

"But it's been interesting with the Covid response, where we've had to shift to a virtual operating mode and new systems to support that mode of operation.

"That again throws things into the mix where we go, 'well actually, do we need everyone in that coordinated incident management systems structure in the same facility, or can we have the leadership in one facility where they're communicating virtually and remotely with other parts of their function and workforce'."

Kennedy said there would be another debrief after the Covid-19 response, which would include the new information captured about the response to that.

"That will go into the mix to determine the preferred operating model for various events ahead, and therefore what will our space requirements be."