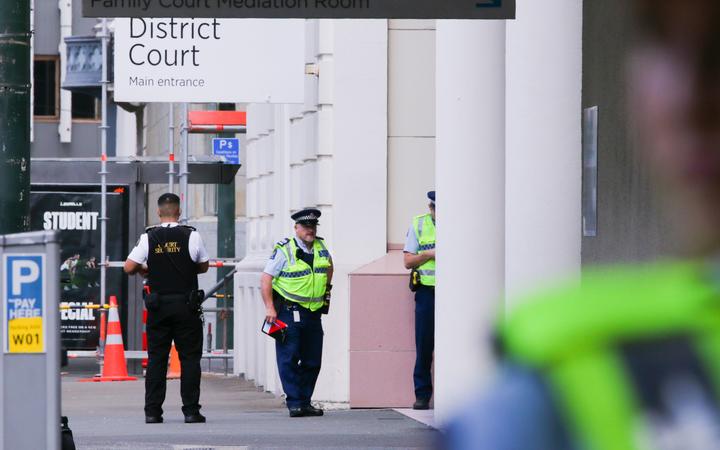 By the end of the lockdown, nearly 32,000 hearings in district courts had been adjourned as a result of Covid-19.

Data released by the Ministry of Justice today has revealed the trends in the District Court under alert level 4.

Courts were an essential service during the lockdown; hearing priority proceedings even at the peak of pandemic restrictions.

Overall, 22 percent fewer charges were laid in the District Court during the lockdown.

The number of applications filed in the Family Court more than halved during the lockdown with a 37 percent decrease in urgent protection order applications.

Before lockdown, the most common charges were failing to attend court while on bail and drink driving.

Under lockdown, the most common charges were assault on a family member and obstructing or hindering a Medical Officer of Health or someone assisting them.

More than 600 charges for breaching alert level restrictions were filed in every jurisdiction in the country.

The majority were for obstructing or hindering a Medical Officer of Health or someone assisting them under the Health Act, while a handful were for breaching the Civil Defence Emergency Management Act 2002.

The worst offending regions were the East Coast, South Auckland, Canterbury and Northern Wellington while the Manawatū/Wairarapa region had the lowest number of charges filed.

By the end of the lockdown, nearly 32,000 hearings in the District Court had been adjourned as a direct result of Covid-19.

The country's busiest jurisdiction, the District Court, was hearing an average of 14,500 cases every seven days before the lockdown.

This dropped to 3250, roughly 20 percent of normal output, during alert level 4 as foot traffic in courthouses dwindled to as little as 3 percent.