One person has died after a car plunged down a bank in Christchurch's Port Hills. 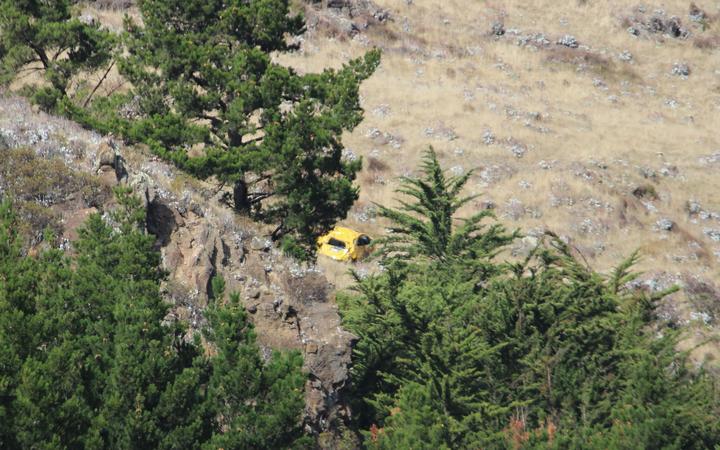 A car has gone down a bank on Summit Road in Christchurch's Port Hills. Photo: Supplied / Tanya Jephson

Police said they received a report of the crash on Summit Road, about one kilometre from Evans Pass Road about 10.40am.

A rescue helicopter had been sent to assist ground teams.

A spokesperson said the deceased person was the sole occupant of the vehicle.

The Summit Road intersection with Evans Pass Road has been shut while police investigate the crash.

Motorists are asked to avoid the area and anyone currently in the Godley Head Park area will be allowed to leave through the cordon. 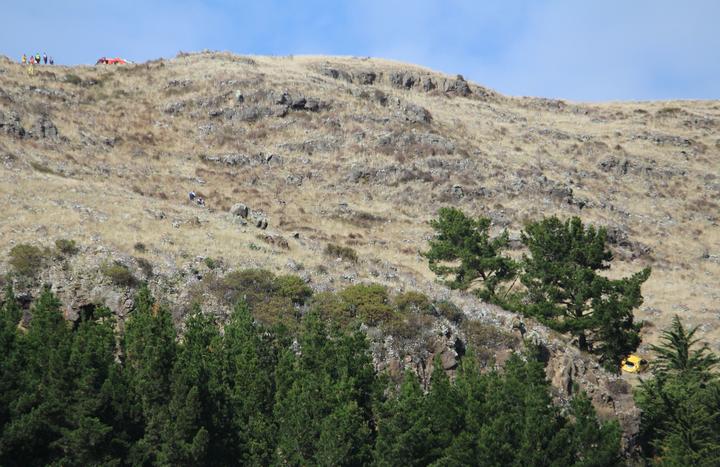 Emergency services (at the top of of the bank) are responding to a crash on Summit Road after a car went down a bank there. Photo: Supplied / Tanya Jephson

Witness Tanya Jephson said the crashed vehicle was a small bright yellow car, and was about 200m down the bank.

"By the time we came out, the Westpac helicopter had come out and we could see a yellow vehicle. Up above the houses, there's a line of pine trees and above that is a yellow vehicle, kind of late model, that had obviously rolled off the summit."