A large tyre fire in Rolleston, a town near Christchurch has now been contained. 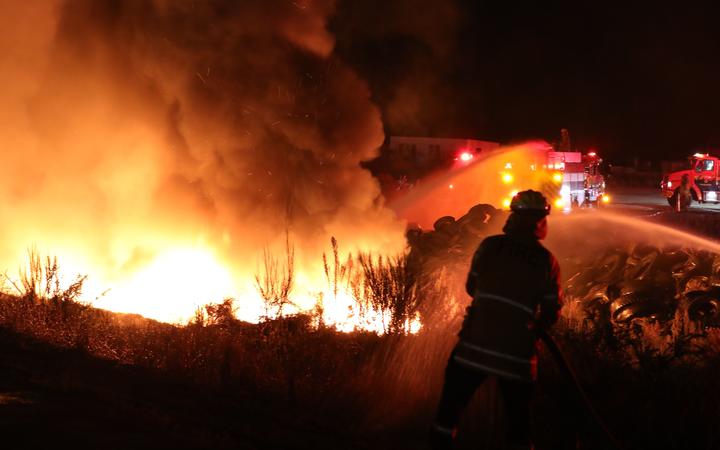 A large pile of tyres about 30 metres high and 50 metres long has been well ablaze after a hedge caught on fire and it spread to Diggalink's yard on Weedons Ross Road near State Highway 1.

Rural fire crews sent 13 appliances to the property where the pile of tyres has been burning.

Around 40 firefighters have been tackling the inferno which sent huge plumes of black smoke into the area, resulting in low visability for drivers. 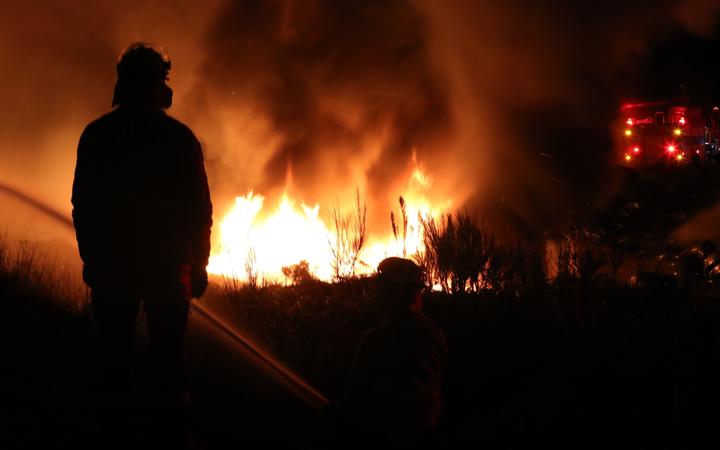 A fire spokesperson says multiple diggers and tankers have surrounded the fire, keeping it contained.

Crews are prepared to work well into the night.

They were alerted at 5pm after smoke and flames could be seen billowing in the area.

They worked with diggers to separate the unburnt tyres to reduce the spread of the fire.

People have been warned to stay away from the area due to thick toxic smoke.

Fire and Emergency said earlier they were receiving reports that some cars were stopping on the Weedons Ross Rd overbridge to look at the fire.

They appealed to people not to do this, because it caused a safety issue and they did not want to have to redirect their resources to any accidents that could result. 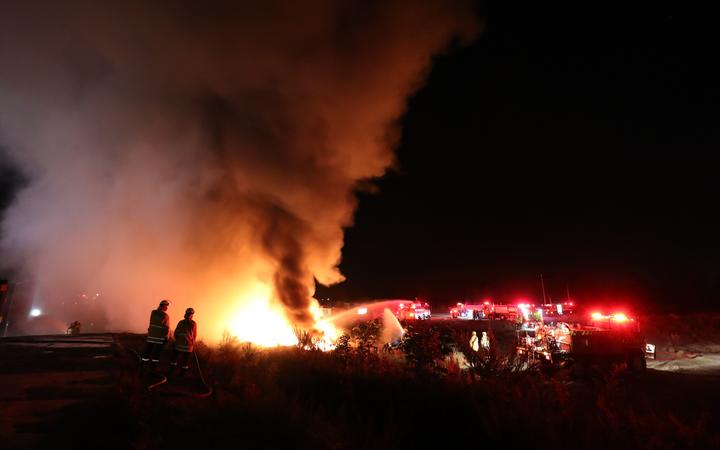 Nearby residents have been asked to shut their windows and doors. 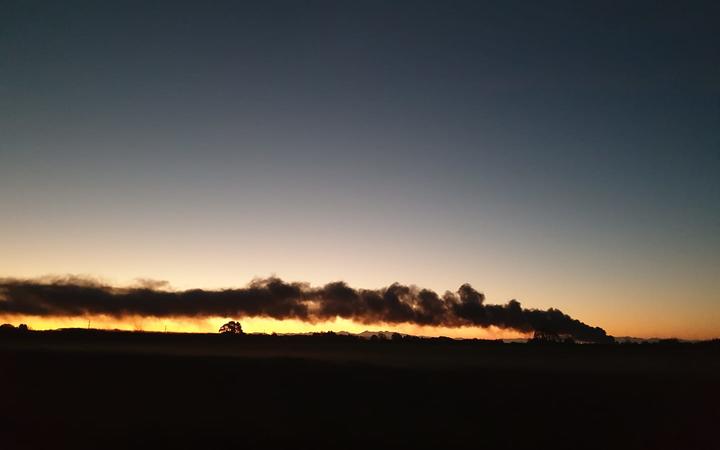 People have been sharing images of the blaze on social media. Photo: Facebook / Ella McGready 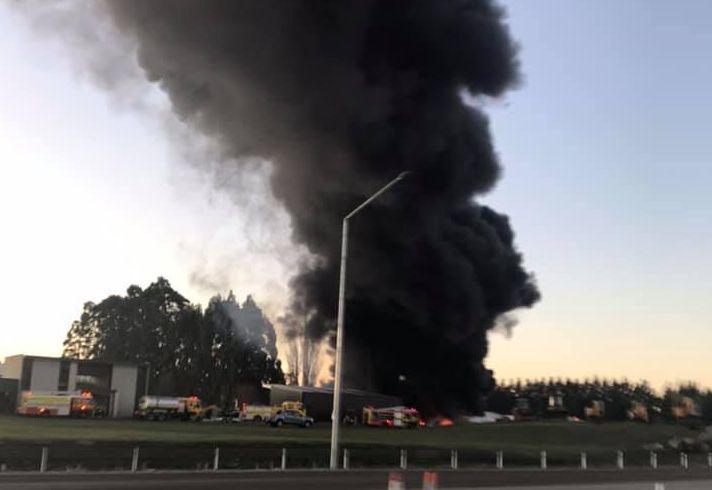