The government is spending $13.7 million on repairing conservation and visitor infrastructure destroyed by flooding earlier this year in Fiordland. 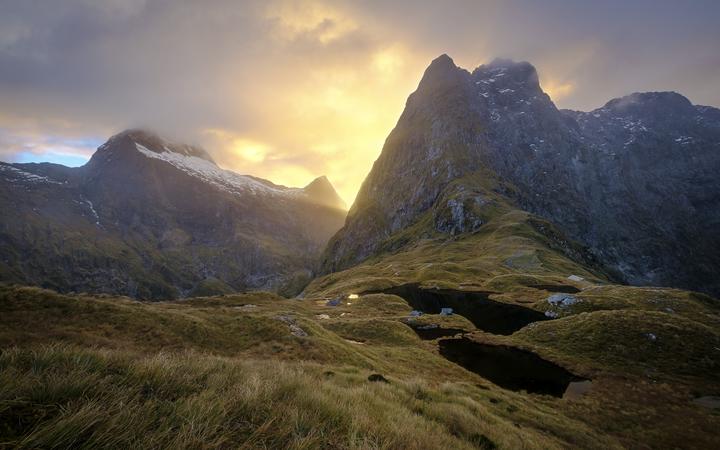 The Mackinnon Pass on the Milford Track Photo: DOC/Crystal Brindle

Conservation Minister Eugenie Sage said more than 820mm of rain fell in Fiordland during the storm, a 10th of the region's average annual rainfall.

The storm "significantly damaged more than 440 kms of walking tracks, with the Milford Track and Routeburn Tracks sustaining the most damage. Lake Howden Hut and 32 bridges were damaged, along with other huts, campsites, and facilities", Sage said.

The spend will mean Great Walks like the Routeburn and Milford Tracks should be able to re-open for the summer season.

"It's important to get this region back up and running as soon as possible to help sustain local jobs and businesses and enable people to get out into nature and experience a spectacular part of Aotearoa," Sage said.

"Pipopiotahi/Milford Sound has more than one million visitors a year and the Milford Track is one of New Zealand's premier walking tracks, attracting more than 14,000 users a year.

"DOC staff also use the tracks to carry out vital conservation work and it will be important to restore predator trapping networks which were also destroyed by flooding and slips."

The funding over four years, is contingent on an action plan being approved by the Ministers of Finance and Conservation. It's not a specific part of the Covid Recovery and Response Fund.

Sage said the work would involve engineering and geotechnical assessments, along with design work and "assessing long-term options for climate change resilience and relocating assets where appropriate".