Humphrey Hanley has not let a lack of fingers hold him back from becoming a professional online gamer with a global following. 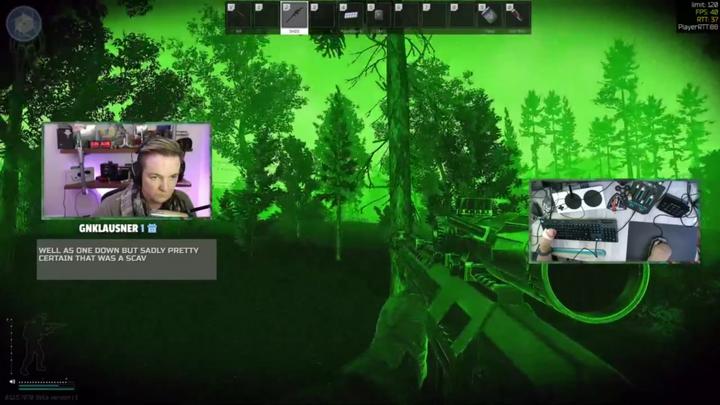 The Wellington man suffers from an extremely rare and debilitating skin condition called epidermolysis bullosa, or EB, which has caused his fingers to fuse together and forces him to spend up to four hours of every day bathing and dressing his wounds.

With skin that peels off like gladwrap with every bump and scrape, contact sports were largely off limits for him as a child, so he spent his time with another kind of game.

"Computer games were a level playing field for me, where I could compete with my friends," Hanley says.

In recent years however, online games have become increasingly complicated and fast-paced, with multiple button combinations. 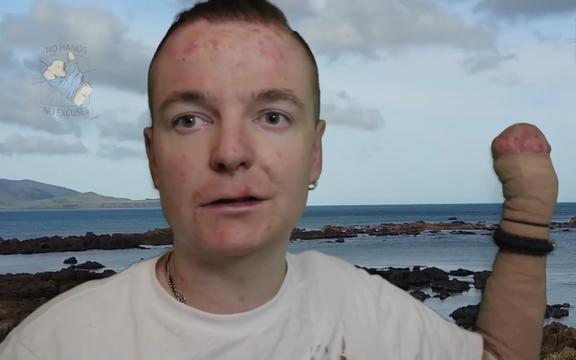 Humphrey Hanley on his YouTube channel. Photo: Screenshot / fair use

"Lack of a hand meant I had to find a solution to moving a mouse that meant I didn't push it off the table each time."

A friend with a 3D printer "and an eye for problem solving" partnered with Hanley to realise his concept: a "shell" that goes over the top of his gaming mouse and connects to a strap, which magnetises it to his wrist.

This allows him to do things in the virtual world that would challenge most people with 10 functional fingers.

Hanley broadcasts on his channel NoHandsNZ via the live streaming site Twitch several afternoons a week.

"I try to motivate people - if I can do this with no fingers, anyone can have a go.

"We have conversations about their life-struggles and help them navigate those. Sometimes I help them find gaming solutions."

Hanley has been able to put a deaf gamer from Australia in touch with designers who are interested in his idea for a headset that connects to his cochlear implant.

People with disabilities were used to finding workarounds, but commercial solutions were increasingly available off the shelf with major companies like Microsoft creating accessible products, he said.

Hanley uses the Swiftpoint Z gaming mouse with customised buttons he has added.

Christchurch-based Swiftpoint's head of global business development Dan Barker said the gaming mouse was an instant hit with gamers when it launched a couple of years ago, but they had not anticipated its value to people with disabilities.

"We started getting contacted by war veterans, amputees, saying how great it was for them.

"Most computer hardware is designed with able-bodied people in mind, or at least people with two hands and all their fingers.

"With our mouse, because it's got a gyroscope, it actually functions as a joystick as well as a traditional mouse. And with 13 physical buttons, they can essentially be programmed to act as a keyboard as well."

New Zealand Game Developers Association chair Cassandra Gray said there was a range of things game designers could do to make their products more accessible, including adding subtitles and a range of difficulty settings, and allowing players to re-bind their controls. 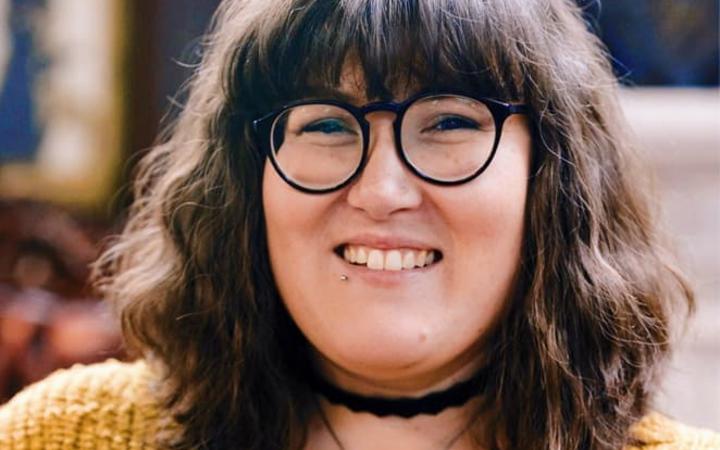 Gaming was more than just entertainment, she said.

"It can let you experience something you might not have been able to experience otherwise, and it can bring people together, which is obviously so important in the world we're living in at the moment.

"No one should be excluded from that for any reason.

"Even just from a business point of view, there's a whole demographic that you're not making your game available to."

Hanley said if Covid-19 had taught people anything, it was that all industries could benefit from spending more time talking with those with disabilities "who have been trying to find solutions to working from home for years".

"For us it's a need rather than 'a nice to have', whether you're talking about adaptive technology or finding ways of integrating accessibility into your business or whether it's just finding a new customer base you didn't know was out there because you hadn't looked for it.

"Even a lot of things that aren't specifically adaptive technology-related, often you'll find people with disabilities especially will find a way to modify that or even be using your product to help them navigate disabled life."

You can follow Humphrey Hanley in action - and also join in his gym workouts - via his NoHandsNZ channel on Twitch.

International Gaming Accessibility Awareness Day is next Thursday, 21 May.